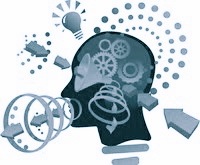 For lessons on the topic of Status Quo, follow this link.

The original phrase from 14th-century diplomatic Latin was in statu quo res erant ante bellum, meaning "in the state in which things were before the war". This gave rise to the shorter form status quo ante bellum "the state in which (it was) before the war" (indicating the withdrawal of enemy troops and restoration of power to prewar leadership), as well as other variations such as status quo itself. Arguing to preserve the status quo is usually done in the context of opposing a large, often radical change. The social movement is an example of the status quo being challenged. The term frequently refers to the status of a large issue, such as the current culture or social climate of an entire society or nation.[3]

Politicians sometimes refer to a status quo. Often there is a policy of deliberate ambiguity, referring to the status quo rather than formalizing the status. Clark Kerr is reported to have said, "The status quo is the only solution that cannot be vetoed," meaning that the status quo cannot simply be decided against; action must be taken if it is to change.

In Israel, the term refers to an informal agreement conducted in 1947 between the secular leadership of the Zionist movement in Palestine and leaders of the Orthodox Jews, which created a framework for the establishment of the country. This agreement lays out ground rules for the relationship between state and religion in four major issues: Shabbat, education, Kashrut, and matrimonial law. It has been more or less maintained throughout the country's existence. It might also refer to the arrangement formalized in 1852 for the division of custodianship among a number of Christian communities for various important Christian holy sites of the Holy Land.