From Nordan Symposia
(Redirected from Symbolizing)
Jump to navigationJump to search 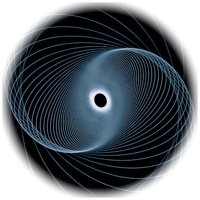 A symbol is something such as an object, picture, written word, sound, or particular mark that represents something else by association, resemblance, or convention. For example, a red octagon may stand for "STOP". On maps, crossed sabres may indicate a battlefield. Numerals are symbols for numbers.

Psychology has found that people, and even animals, can respond to symbols as if they were the objects they represent. Pavlov's dogs salivated when they heard a sound which they associated with food, even if there was no food. Common psychological symbols include a gun to represent a penis or a tunnel to represent a vagina. (David G. Myers, Psychology, Worth Publishers; 7th edition (June 6, 2004) ISBN: 978-0716752516)

The psychologist, Carl Jung, who studied archetypes, proposed an alternative definition of symbol, distinguishing it from the term "sign". In Jung's view, a sign stands for something known, as a word stands for its referent. He contrasted this with symbol, which he used to stand for something that is unknown and that cannot be made clear or precise. An example of a symbol in this sense is Christ as a symbol of the archetype called "self".

For lessons on the topic of Symbols, follow this link.

All languages are made up of symbols. In his work, On Interpretation, Aristotle teaches that:

The word "cat", for example, whether spoken or written, is not a literal cat but a sequence of symbols that by convention associate the word with a concept. Hence, the written or spoken word "cat" represents (or stands for) a particular concept formed in the mind. A drawing of a cat, or a stuffed cat, could also serve as a symbol for the idea of a cat.

The word "symbol" came to the English language by way of Middle English, from Old French, from Latin, from the Greek σύμβολον (sýmbolon) from the root words συν- (syn-) meaning "together" and βολή (bolē) "a throw", having the approximate meaning of "to throw together", literally a "co-incidence", also "sign, ticket, or contract". The earliest attestation of the term is in the Homeric Hymn to Hermes where Hermes on seeing the tortoise exclaims συμβολον ηδη μοι "symbolon [symbol/sign/portent/encounter/chance find?] of joy to me!" before turning it into a lyre.