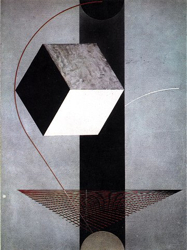 Synchronicity is the experience of two or more events which occur in a meaningful manner, but which are causally un-related. In order to be synchronous, the events must be related to one another conceptually, and the chance that they would occur together by random chance must be very small. The idea of synchronicity is that the conceptual relationship of minds, defined by the relationship between ideas, is intricately structured in its own logical way and gives rise to relationships which have nothing to do with causal relationships in which a cause precedes an effect. Instead, causal relationships are understood as simultaneous — that is, the cause and effect occur at the same time.

For lessons on the topic of Synchronicity, follow this link.

Synchronous events reveal an underlying pattern, a conceptual framework which encompasses, but is larger than, any of the systems which display the synchronicity. The suggestion of a larger framework is essential in order to satisfy the definition of synchronicity as originally developed by Swiss psychologist Carl Gustav Jung.

Jung coined the word to describe what he called "temporally coincident occurrences of acausal events." Jung variously described synchronicity as an "'acausal connecting principle'" (i.e., a pattern of connection that cannot be explained by conventional, efficient causality), "meaningful coincidence" and "acausal parallelism". Jung introduced the concept as early as the 1920s but only gave a full statement of it in 1951 in an Eranos lecture, then in 1952 published a paper "Synchronicity — An Acausal Connecting Principle" in a volume with a related study by the physicist (and Nobel winner) Wolfgang Pauli.[1]

It was a principle that Jung felt gave conclusive evidence for his concepts of archetypes and the collective unconscious Jung defined the collective unconscious as akin to instincts in Archetypes and the Collective Unconscious, in that it was descriptive of a governing dynamic that underlay the whole of human experience and history — social, emotional, psychological, and spiritual. Events that happen which appear at first to be coincidence, but are later found to be causally related are termed as "incoincident".

Jung believed that many experiences perceived as coincidence were not merely due to chance but, instead, suggested the manifestation of parallel events or circumstances reflecting this governing dynamic. In Synchronicity in the final two pages of the Conclusion, Jung stated that not all coincidences are meaningful and further explained the creative causes of this phenomenon.


'Well, I don't want any TO-DAY, at any rate.'
'You couldn't have it if you DID want it,' the Queen said. 'The rule is, jam to-morrow and jam yesterday--but never jam to-day.'
'It MUST come sometimes to "jam to-day,"' Alice objected.
'No, it can't,' said the Queen. 'It's jam every OTHER day: to-day isn't any OTHER day, you know.'
'I don't understand you,' said Alice. 'It's dreadfully confusing!'
'That's the effect of living backwards,' the Queen said kindly: 'it always makes one a little giddy at first--'
'Living backwards!' Alice repeated in great astonishment. 'I never heard of such a thing!'
'--but there's one great advantage in it, that one's memory works both ways.'
'I'm sure MINE only works one way,' Alice remarked. 'I can't remember things before they happen.'


'It's a poor sort of memory that only works backwards,' the Queen remarked.

In psychology and cognitive science, confirmation bias is the tendency to search for or interpret new information in a way that confirms one's preconceptions and avoids information and interpretations which contradict prior beliefs Tim van Gelder, "Heads I win, tails you lose": A Foray Into the Psychology of Philosophy. Many critics believe that any evidence for synchronicity is due to confirmation bias, and nothing else.

Wolfgang Pauli, a scientist who in his professional life was severely critical of confirmation bias, lent his scientific credibility to support the theory, coauthoring a paper with Jung on the subject. Some of the evidence that Pauli cited was that ideas which occurred in his dreams would have synchronous analogs in later correspondence with distant collaborators [2]

Jung claims that in 1805, the French writer Émile Deschamps was treated to some plum pudding by a stranger named Monsieur de Forgebeau. Ten years later, the writer encountered plum pudding on the menu of a Paris restaurant, and wanted to order some, but the waiter told him the last dish had already been served to another customer, who turned out to be de Forgebeau. Many years later, in 1832, Émile Deschamps was at a diner, and was once again offered plum pudding. He recalled the earlier incident and told his friends that only de Forgebeau was missing to make the setting complete — and in the same instant, the now senile de Forgebeau entered the room. (Jung, C. G., Synchronicity: An Acausal Connecting Principle, from The Collected Works of C. G. Jung, vol. 8, page 15, Princeton/Bollingen, 1973)

In fact, Deschamps gives the name as "de Fontgibu", and also describes him as a Marquis and Colonel who fought against Napoleon under Louis Joseph de Bourbon, prince de Condé - "Oeuvres complètes de Émile Deschamps, 1873" and "Echoes from the Harp of France" a collection of works by G.S. Trebutien - since no de Fontgibu appears in French history, this is most likely an invented name and could easily be a purely fictional character. [3]

Simultaneous discovery is the creation of the same new idea at causally disconnected places by two persons at approximately the same time. If for example an American and a British musician, having never had anything to do with one another, arrived at the same musical concept, chord sequence, feel or lyrics at the same time in different places, this is an example of synchronicity. During the production of The Wizard of Oz, a coat bought from a second-hand store for the costume of Professor Marvel was later found to have belonged to L. Frank Baum, author of the children's book upon which the film is based. [4]

In the 1976 film The Eagle Has Landed, the character Max Radl (Robert Duvall) asks a subordinate if he is familiar with the works of Jung, and then explains the theory of Synchronicity. In the 1980s film Repo Man (1984 film) Miller's "Plate 'o' Shrimp" theory the wikiquote page on Repo Man:

A lot o' people don't realize what's really going on. They view life as a bunch o' unconnected incidents 'n things. They don't realize that there's this, like, lattice o' coincidence that lays on top o' everything. Give you an example; show you what I mean: suppose you're thinkin' about a plate o' shrimp. Suddenly someone'll say, like, plate, or shrimp, or plate o' shrimp out of the blue, no explanation. No point in lookin' for one, either. It's all part of a cosmic unconsciousness.

outlines the idea of synchronicity. The Miller character states that while many people see life as a series of unconnected incidents, he believes that there is a "lattice o[f] coincidence that lays on top o[f] everything" which is "part of a cosmic unconsciousness."

In the 1990s film Pulp Fiction, hit men Jules and Vincent have six shots fired at them from close range with a large-caliber revolver, but they are mysteriously left unharmed. Jules finds significance in this occurrence (i.e. a meaningful coincidence) and, as a result, decides to change his ways; Vincent, however, shrugs it off as nothing more than a coincidence and is soon after killed in a hail of gunfire. In the 2000s film Huckabees, a character hires existential detectives to solve his coincidence. They caution him: "Not all coincidences are meaningful!"

The 2007 film August Rush features a plot built upon several synchronicities, all surrounding a series of unlikely meetings and occurrences that ultimately lead to a reunion between the title character and his two parents.

The Dirk Gently series of books by Douglas Adams often plays on the synchronicity concept. The main character carries a "pocket I Ching" that also functions as a calculator, up to a point. In Philip K. Dick's The Game-Players of Titan, several characters possessing pre-cognitive abilities cite the acausal principle of synchronicity as an element which hampers their ability to accurately predict certain possible futures.

John Constantine, the main character in the Vertigo Comics series Hellblazer, is sometimes seen "riding the synchronicity highway," to meet certain goals or even just to one up those around him. In the D20 Modern roleplaying game Urban Arcana, Synchronicity is a magic spell that subtly rearranges reality, allowing the subject to avoid the minor inconveniences and hassles of everyday life.

Terence McKenna used the term 'Cosmic giggle' to mean "a randomly roving zone of synchronicity and statistical anomaly. Should you be caught up in it, it will turn reality on its head. It is objective and subjective, simultaneously 'really there' and yet somehow is sustained by imagination and expectation...."[5] The phenomenon is also explored, though not named, in The Red Notebook by Paul Auster, and is considered a major theme of his entire bibliography, appearing in some form in almost every work.

In 2002, manga author Itagaki Keisuke based one of the story arcs of Baki The Search Of Our Strongest Hero on the "synchronicity theme," presenting a story in which five death row inmates escaped at the same time, in different countries, each after surviving his own execution. Each inmate went back to Japan at the same time to meet in the same place for the same objective.