From Nordan Symposia
(Redirected from Trivial)
Jump to navigationJump to search 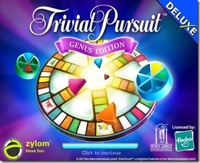 The Latin neuter noun trivium (plural trivia) is from tri- "triple" and via "way", meaning "a place where three ways meet". The pertaining adjective is triviālis. The adjective trivial was adopted in Early Modern English, while the noun trivium only appears in learned usage from the 19th century, in reference to the Artes Liberales and the plural trivia in the sense of "trivialities, trifles" only in the 20th century.

The Latin adjective triviālis in Classical Latin besides its literal meaning could have the meaning "appropriate to the street corner, commonplace, vulgar." In late Latin, it could also simply mean "triple". In medieval Latin, it came to refer to the lower division of the Artes Liberales, namely grammar, rhetoric, and logic. (The other four Liberal Arts were the quadrivium, namely arithmetic, geometry, music, and astronomy, which were more challenging.) Hence, trivial in this sense would have meant "of interest only to an undergraduate".

The adjective trivial introduced into English in the 15th to 16th century was influenced by all three meanings of the Latin adjective:

Trivia was used as a title by Logan Pearsall Smith in 1902, followed by More Trivia and All Trivia in 1921 and 1933, respectively, collections of short "moral pieces" or aphorisms. Book II of the 1902 publication is headed with a purported quote from "Gay's Trivia, or New Art of Walking Streets of London.",

"Thou, Trivia, goddess, aid my song: Through spacious streets conduct thy bard along."

The February 5, 1965 Columbia Spectator article did not revive the word "trivia"; it humorously applied the grandiose Latin term to topics like, "Who played the Old Gypsy Woman in The Wolfman?" (Answer: Maria Ouspenskaya.) Nor had "trivia" ever implied contests about such matters. Columbia University students Ed Goodgold and Dan Carlinsky, who had proposed the new use in their original article, swiftly created the earliest inter-collegiate quiz bowls that tested culturally (and emotionally) significant yet essentially unimportant facts, which they dubbed "trivia contests".

The first book treating "trivia" in the radical new sense was Trivia (Dell, 1966)-- again by Goodgold and Carlinsky, which achieved a ranking on the New York Times best seller list; the book was an extension of the pair's Columbia contests and was followed by other Goodgold and Carlinsky trivia titles. In their second book, More Trivial Trivia, the authors criticized practitioners who were "indiscriminate enough to confuse the flower of Trivia with the weed of minutiae"; Trivia, they wrote, "is concerned with tugging at heartstrings," while minutiae deals with such unevocative questions as "Which state is the largest consumer of Jell-O?" (Answer: California) But over the years the word has come to refer to obscure and arcane bits of dry knowledge as well as nostalgic remembrances of pop culture.

The trivia (singular trivium, adjective trivial) are the three lower Artes Liberales, i.e. grammar, rhetoric and logic. These were the topics of basic education, foundational to the quadrivia of higher education, and hence the material of basic education, of interest only to undergraduates. The word trivia was also used to describe a place where three roads met in Ancient Rome.

The term had become, during the 20th Century, as forgotten as the system of education it pertained to when it was ironically appropriated to mean something very new. In the 1960s, nostalgic college students and others began to informally trade questions and answers about the popular culture of their youth. The first known documented labeling of this casual parlor game as "Trivia" was in a Columbia Daily Spectator column published on February 5, 1965. The authors, Ed Goodgold and Dan Carlinsky, then started the first organized trivia contests, described above. Since the 1960s, the plural trivia in particular has widened to include knowledge that is nice to have but not essential, specifically detailed knowledge on topics of popular culture. The expression has also come to suggest information of the kind useful almost exclusively for answering quiz questions, hence the brand name Trivial Pursuit (1982).