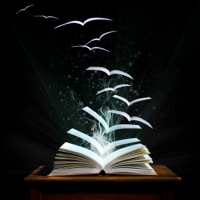 The word comes from Old English "bōc" which (itself) comes from the Germanic root "*bōk-", cognate to beech. Similarly, in Slavic languages (for example, Russian, Bulgarian, Macedonian) "буква" (bukva—"letter") is cognate with "beech". In Russian and in Serbian and Macedonian, another Slavic languages, the words "букварь" (bukvar') and "буквар" (bukvar), respectively, refer specifically to a primary school textbook that helps young children master the techniques of reading and writing. It is thus conjectured that the earliest Indo-European writings may have been carved on beech wood. Similarly, the Latin word codex, meaning a book in the modern sense (bound and with separate leaves), originally meant "block of wood".

b. a literary composition that is published or intended for publication as a book: the book is set in the 1940s | I'm writing a book.
c. (the books) used to refer to studying: he is so deep in his books he would forget to eat.
d. a main division of a classic literary work, an epic, or the Bible: the Book of Genesis.
e. the libretto of an opera or musical, or the script of a play.
f. (the book) the local telephone directory: is your name in the book?
g. (the Book) the Bible.
h. informal a magazine.
i. an imaginary record or list (often used to emphasize the thoroughness or comprehensiveness of someone's actions or experiences): she felt every emotion in the book of love.

b. (books) a set of records or accounts: he can do more than balance the books.
c. a bookmaker's record of bets accepted and money paid out.

b. (the book) the first six tricks taken by the declarer in a hand of bridge.

A book is a set of written, printed, illustrated, or blank sheets, made of ink, paper, parchment, or other materials, usually fastened together to hinge at one side. A single sheet within a book is called a leaf, and each side of a leaf is called a page. A set of text-filled or illustrated pages produced in electronic format is known as an electronic book, or e-book.

Books may also refer to works of literature, or a main division of such a work. In library and information science, a book is called a monograph, to distinguish it from serial periodicals such as magazines, journals or newspapers. The body of all written works including books is literature. In novels and sometimes other types of books (for example, biographies), a book may be divided into several large sections, also called books (Book 1, Book 2, Book 3, and so on). An avid reader of books is a bibliophile or colloquially, bookworm.

A shop where books are bought and sold is a bookshop or bookstore. Books can also be borrowed from libraries. Google has estimated that as of 2010, approximately 130,000,000 unique titles had been published.[1]