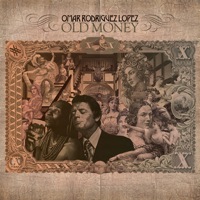 Money is a commodity accepted by general consent as a medium of economic exchange. It is the medium in which prices and values are expressed; as currency, it circulates anonymously from person to person and country to country, thus facilitating trade, and it is the principal measure of wealth.

The subject of money has fascinated people from the time of Aristotle to the present day. The piece of paper labeled 1 dollar, 10 euros, 100 yuan, or 1,000 yen is little different, as paper, from a piece of the same size torn from a newspaper or magazine, yet it will enable its bearer to command some measure of food, drink, clothing, and the remaining goods of life while the other is fit only to light the fire. Whence the difference? The easy answer, and the right one, is that modern money is a social contrivance. People accept money as such because they know that others will. This common knowledge makes the pieces of paper valuable because everyone thinks they are, and everyone thinks they are because in his or her experience money has always been accepted in exchange for valuable goods, assets, or services.

At bottom money is, then, a social convention, but a convention of uncommon strength that people will abide by even under extreme provocation. The strength of the convention is, of course, what enables governments to profit by inflating (increasing the quantity of) the currency. But it is not indestructible. When great increases occur in the quantity of these pieces of paper—as they have during and after wars—money may be seen to be, after all, no more than pieces of paper. If the social arrangement that sustains money as a medium of exchange breaks down, people will then seek substitutes—like the cigarettes and cognac that for a time served as the medium of exchange in Germany after World War II. New money may substitute for old under less extreme conditions.

For lessons on the topic of Money, follow this link.

In many countries with a history of high inflation, such as Argentina, Israel, or Russia, prices may be quoted in a different currency, such as the U.S. dollar, because the dollar has more stable value than the local currency. Furthermore, the country's residents accept the dollar as a medium of exchange because it is well-known and offers more stable purchasing power than local money[1].

Love is the currency of the universe.
Retrieved from "http://nordan.daynal.org/w/index.php?title=Money&oldid=124798"
Categories: