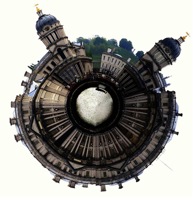 Wishful thinking consists of beliefs and decisions made upon the assumption of their veracity that is invested in a subjective preference over and against objective evidence to the contrary. In contrast, hopeful thought may know well the remote possibility of a preferred outcome, but chooses to hope even against the odds. Regardless, it is observed that with all other variables equal, subjects will predict positive outcomes to be more likely than negative outcomes. This is known as "positive outcome bias".

Prominent examples of wishful thinking include:

While being a poor method for making decisions, wishful thinking is commonly held to be a particular form of logical fallacywhen it is assumed that because we wish something to be true or false that it is actually true or false. This fallacy has the form "I wish that P is true/false, therefore P is true/false."[1] Wishful thinking, if this were true, would underlie appeals to emotion.

For lessons on the topic of Wishful Thinking, follow this link.

Faith and desire go hand in hand, for everyone believes in what he wants and wishful thinking is how the ego deals with what it wants, to make it so. What you desire, you will see. If its reality is false, you will uphold it by not realising all the adjustments you introduced to make it so. [1]

There is sometimes a tendency for mortals to want a solution to their world’s problems, a program, an agenda, a revelation, a religion, some sort of state, some apparatus that will address these problems and solve their dilemma. This is wishful thinking, and it may lead to truthful thinking for in truth it is in and upon and through your willingness to engage yourself in this divine friendship we offer sharing it with others with respect for who they are even as you discover more of who you are; it is this process, this action where our Father becomes active, and his action is that influence that is changing your world, gradually eroding the grip of fear yielding to the relaxation within that state otherwise sought but now found in love. Yes, it is the state of love that we would establish, and how else can love grow, assume its place filling those voids in your heart, in your lives than in and through friendship.[2]