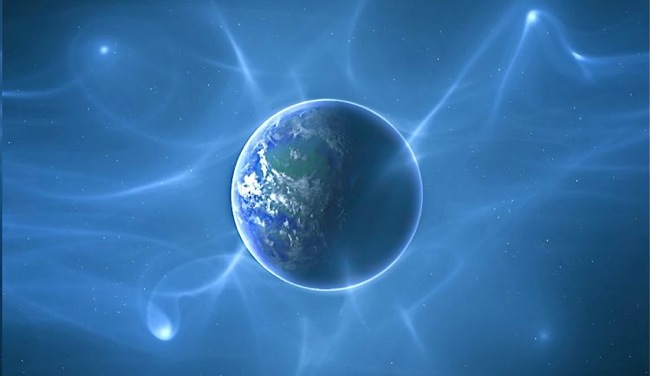 IN THE MINDS of the mortals of Urantia--that being the name of your world--there exists great confusion respecting the meaning of such terms as God, divinity, and deity. Human beings are still more confused and uncertain about the relationships of the divine personalities designated by these numerous appellations. Because of this conceptual poverty associated with so much ideational confusion, I have been directed to formulate this introductory statement in explanation of the meanings which should be attached to certain word symbols as they may be hereinafter used in those papers which the Orvonton corps of truth revealers have been authorized to translate into the English language of Urantia.

For lessons on the topic of Urantia, follow this link.

Your world, Urantia, is one of many similar inhabited planets which comprise the local universe of Nebadon. This universe, together with similar creations, makes up the superuniverse of Orvonton, from whose capital, Uversa, our commission hails. Orvonton is one of the seven evolutionary superuniverses of time and space which circle the never-beginning, never-ending creation of divine perfection--the central universe of Havona. At the heart of this eternal and central universe is the stationary Isle of Paradise, the geographic center of infinity and the dwelling place of the eternal God.

The seven evolving superuniverses in association with the central and divine universe, we commonly refer to as the grand universe; these are the now organized and inhabited creations. They are all a part of the master universe, which also embraces the uninhabited but mobilizing universes of outer space.