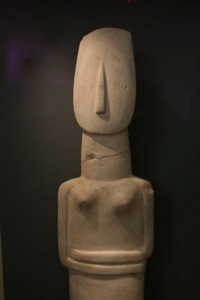 b : characterized by great resourcefulness of thought or imagination : inventive <a fertile mind>
c obsolete : plentiful

Fertility is the natural capability of giving life. As a measure, "fertility rate" is the number of children born per couple, person or population. Fertility differs from fecundity, which is defined as the potential for reproduction (influenced by gamete production, fertilisation and carrying a pregnancy to term). Infertility is a deficient fertility.

Fertility is also applied to farmlands and plants, where it implies a capacity to yield large crops of sound fruits, seeds or vegetables.

In demographic contexts, fertility refers to the actual production of offspring, rather than the physical capability to produce which is termed fecundity. While fertility can be measured, fecundity cannot be. Demographers measure the fertility rate in a variety of ways, which can be broadly broken into "period" measures and "cohort" measures. "Period" measures refer to a cross-section of the population in one year. "Cohort" data on the other hand, follows the same people over a period of decades. Both period and cohort measures are widely used.[1]