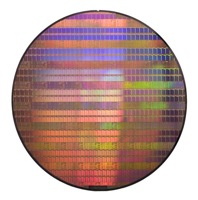 Generally, phase is considered part or portion in recurring or serial activities or occurrences logically connected within a greater process, often resulting in an output or a change.

In thermodynamics, a phase transition is the transformation of a thermodynamic system from one phase to another. At phase-transition point, physical properties may undergo abrupt change- for instance, volume of the two phases may be vastly different. As an example imagine transition of liquid water into vapour at boiling point.

In the English vernacular, the term is most commonly used to describe transitions between solid, liquid and gaseous states of matter, in rare cases including plasma. Phase transitions happen when the free energy of a system is non-analytic for some choice of thermodynamic variables - see phases. This non-analyticity generally stems from the interactions of an extremely large number of particles in a system, and does not appear in systems that are too small.

Often also magnetic phases are used as the basis of a theory, and for introductory motivation. However, usually these are similar to the well-known liquid (ferromagnetic) or gaseous paramagnetic) phases, as can be seen by the two equivalent interpretations, the magnetic one ("up" or "down" spins) or the lattice-gas interpretation ("occupied" or "unoccupied" sites) of a prominent binary model, the Ising model.

This is associated with the phenomenon of critical opalescence, a milky appearance of the liquid, due to density fluctuations at all possible wavelengths (including those of visible light).

Phase transitions often (but not always) take place between phases with different symmetry. Consider, for example, the transition between a fluid (i.e. liquid or gas) and a crystalline solid. A fluid, which is composed of atoms arranged in a disordered but homogeneous manner, possesses continuous translational symmetry: each point inside the fluid has the same properties as any other point. A crystalline solid, on the other hand, is made up of atoms arranged in a regular lattice. Each point in the solid is not similar to other points, unless those points are displaced by an amount equal to some lattice spacing.

The ferromagnetic transition is another example of a symmetry-breaking transition, in this case the symmetry under reversal of the direction of electric currents and magnetic field lines. This symmetry is referred to as "up-down symmetry" or "time-reversal symmetry". It is broken in the ferromagnetic phase due to the formation of magnetic domains containing aligned magnetic moments. Inside each domain, there is a magnetic field pointing in a fixed direction chosen spontaneously during the phase transition. The name "time-reversal symmetry" comes from the fact that electric currents reverse direction when the time coordinate is reversed.

The presence of symmetry-breaking (or nonbreaking) is important to the behavior of phase transitions. It was pointed out by Landau that, given any state of a system, one may unequivocally say whether or not it possesses a given symmetry. Therefore, it cannot be possible to analytically deform a state in one phase into a phase possessing a different symmetry. This means, for example, that it is impossible for the solid-liquid phase boundary to end in a critical point like the liquid-gas boundary. However, symmetry-breaking transitions can still be either first- or second-order.

Typically, the more symmetrical phase is on the high-temperature side of a phase transition, and the less symmetrical phase on the low-temperature side. This is certainly the case for the solid-fluid and ferromagnetic transitions. This happens because the Hamiltonian of a system usually exhibits all the possible symmetries of the system, whereas the low-energy states lack some of these symmetries (this phenomenon is known as spontaneous symmetry breaking). At low temperatures, the system tends to be confined to the low-energy states. At higher temperatures, thermal fluctuations allow the system to access states in a broader range of energy, and thus more of the symmetries of the Hamiltonian.