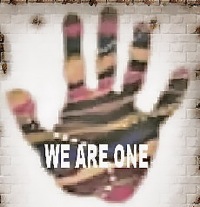 A prejudice is a preconceived belief, opinion, or judgment toward a group of people or a single person because of race, social class, gender, ethnicity, sexual orientation, age, disability, political beliefs , religion, line of work or other personal characteristics. It also means a priori beliefs (without knowledge of the facts) and includes "any unreasonable attitude that is unusually resistant to rational influence."[1] Although positive and do both exist, when used negatively, "prejudice" implies fear and antipathy toward such a group or person.

For lessons on the topic of Prejudice, follow this link..

These three types of prejudice are correlated, but all need not be present in a particular individual. Someone may believe that a particular group possesses low levels of intelligence, but harbor no ill feeling towards that group. A group may be disliked because of intense competition for jobs, but still recognize no differences between groups.

"Discrimination" is a behavior (an action), with reference to unequal treatment of people because they are members of a particular group. Farley also put discrimination into three categories:[2]