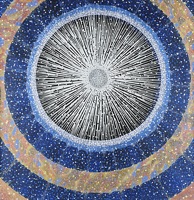 For lessons on the topic of Attitude, follow this link.

d. Dancing. A posture or disposition of the body; spec. a form of arabesque

b. = attitude of mind above.

The research of attitude is probably one of the most controversial, yet fascinating, areas of psychology. Although contemporary psychologists tend to define attitudes as evaluations of people, objects, and ideas, attitude theories and research have looked at attitudes in many different ways and from several varying perspectives. The study of attitudes was already popular in the 1920s and 1930s when they were being studied and developed by well-known psychologists like Thurstone and Allport. From the mid-1950s until the early 1970s, the research of attitudes in general, and of attitude formation in particular, had been approached from several different perspectives, including behavioral, cognitive, and even psychodynamic. However, by the late 1970s and 1980s, the cognitive revolution that influenced psychology in general had a decisive effect on the study of attitudes. As a result, sociocognitive perspectives dominate today's approaches to attitude research. One of the most widely accepted models that emerged at that time was the sociocognitive tripartite model of attitude structure, proposed by Katz and Stotland. In this model, attitudes are mainly structured by three components—cognitive, affective, and behavioral—that interact to serve as the backbone of the attitudinal model. The cognitive element encompasses all the information the individual has about a particular attitude object. The affective component contains the individual's feelings and emotions. The behavioral component consists of the overt actions (physical or verbal) of the subject toward the attitude object. Each of these components or dimensions is represented as an evaluative continuum that can go from the extremely negative to the extremely positive, resulting in a three-dimensional representation for any particular attitude.

This and other sociocognitive models became dominant at the time and have been very useful in explaining the structure and processes involved in attitude development. However, approaches from the sociocognitive perspective have been criticized for being unable to adequately explain attitude formation and for their lack of predictive value. They are unsuccessful in explaining the low attitude-behavior consistency dilemma and fail to integrate mediating variables such as individual differences in attitude formation, change, and expression. After the development of sociocognitive models, it was believed that attitudes were formed first by acquiring information about the attitude object, then generating an affective evaluation of it, and finally expressing this evaluation with physical or verbal behavior. Therefore, the study of the cognitive and the affective components was regarded as relevant because of their expected predictive value of the behavioral component. However, it was later discovered that the three elements do not necessarily correlate at the individual level, or are not "consistent." Wicker, for example, concluded that there was only a weak correlation between verbally expressed beliefs and actual behavior. The tripartite model, although not entirely refuted, was vigorously attacked. There was great disappointment, and for a while the study of attitudes fell into abandonment.

It was not long, however, before other researchers realized that the problem was that "mediating factors" intervened in the transfer from the belief (cognition) to the emotion or feeling (affection) to the actual manifestation (behavior) of a particular attitude. For example, Triandis found 40 different social factors influencing the relationship between cognition, affect, and behavior. Still, not all the lack of consistency could be explained by social factors. Some factors had to be intrinsic to the individual. Therefore, some attempts were made to revise the tripartite model while integrating individual factors in the attitude process. Ajzen and Fishbein proposed in their theory of reasoned action that the interaction between beliefs, feelings, and behavior were mediated by intention, whereas Zajonk proposed that the weak relation between attitude and behavior could be explained because, for some individuals, it was possible to have an affective response for an object without the need for a cognitive-evaluative process.

Today, the revised tripartite model is again considered the basis for attitude research not only because it is the most consistent but also because it is the one the empirical evidence most supported. Furthermore, new evidence supports the cognitive-affective-behavioral models when controlled for different situational variables.

For example, Eagly and Chaiken proposed a composite model that includes several new variables, such as habit as both an antecedent and a determinant for behavior and individual factors such as self-identity as moderators of attitudes. They further differentiate between attitudes toward objects and attitudes toward behaviors.

In another example, the theory of planned behavior, developed by Ajzen and others, proposes that attitudes and traits do have predictive value when, in interaction, they are viewed through the "principle of aggregation": multiple aggregated patterns instead of individual instances of attitude should be the unit of analysis. Meanwhile, these attitude-behavior dyads have to be controlled primarily for four groups of "moderating variables":

It is clear that the tripartite model remains the most empirically supported and popular model for the explanation of attitudes. Furthermore, even among detractors of the model, there is general consensus in the idea that attitudes are linked to affect, cognition, and behavior. There is still disagreement, however, on whether these three factors are structural components of attitudes, as Katz and Stotland and Rosenberg and Hovland first proposed; evaluative responses, as Fishbein and Ajzen and Eagly and Chaiken thought; or processes, as Zanna and Rempel, Eiser, and Petty and Wegener believe. Most researchers, however, even those who do not concur with a process-like view of the tripartite model, agree that during attitude formation, there are cognitive processes, from the perception of the attitude object to storage and analysis of information about it, affective-evaluative processes, and of course, motor and verbal processes involved in the expression of the attitude.

But the great difficulty of finding a new and satisfying symbolism is because modern humans as a group, adhere to the scientific attitude, eschew superstition, and abhor ignorance, while as individuals they all crave mystery and venerate the unknown.[1]

Ajzen, I. (2002). Perceived behavioral control, self-efficacy, locus of control, and the theory of planned behavior. Journal of Applied Social Psychology, 32(4), 665–683.