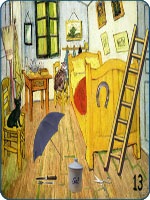 Middle English supersticion, from Anglo-French, from Latin superstition-, superstitio, from superstit-, superstes standing over (as witness or survivor), from super- + stare to stand

b : an irrational abject attitude of mind toward the supernatural, nature, or God resulting from superstition

For lessons on the topic of Superstition, follow this link.

Superstition is a credulous belief or notion, not based on reason, knowledge, or experience. The word is often used pejoratively to refer to folk beliefs deemed irrational. This leads to some superstitions being called "old wives' tales". It is also commonly applied to beliefs and practices surrounding luck, prophecy and spiritual beings, particularly the irrational belief that future events can be influenced or foretold by specific unrelated prior events.

The word is attested in the BC 1st century BC, notably in Cicero, Livy, Ovid, in the meaning of an unreasonable or excessive belief in fear or magic, especially foreign or fantastical ideas. By the 1st century AD, it came to refer to "religious awe, sanctity; a religious rite" more generally.[2][3]

To European medieval scholars the word was applied to any beliefs outside of or in opposition to Christianity; today it is applied to conceptions without foundation in, or in contravention of, scientific and logical knowledge.[4]

Religious practices are most likely to be labeled "superstitious" by outsiders when they include belief in extraordinary events (miracles), an afterlife, supernatural interventions, apparitions or the efficacy of prayer, charms, incantations, the meaningfulness of omens, and prognostications.

Greek and Roman pagans, who modeled their relations with the gods on political and social terms, scorned the man who constantly trembled with fear at the thought of the gods, as a slave feared a cruel and capricious master. "Such fear of the gods (deisidaimonia) was what the Romans meant by 'superstition' (Veyne 1987, p 211). For Christians just such fears might be worn proudly as a name: Desdemona.

Some superstitions originated as religious practices that continued to be observed by people who no longer adhere to the religion that gave birth to the practice. Often the practices lost their original meaning in this process. In other cases, the practices are adapted to the current religion of the practicer. As an example, during the Christianizing of Europe, pagan symbols to ward off evil were replaced with the Christian cross.

In 1948, behavioural psychologist B.F. Skinner published an article in the Journal of Experimental Psychology, in which he described his pigeons exhibiting what appeared to be superstitious behaviour. One pigeon was making turns in its cage, another would swing its head in a pendulum motion, while others also displayed a variety of other behaviours. Because these behaviours were all done ritualistically in an attempt to receive food from a dispenser, even though the dispenser had already been programmed to release food at set time intervals regardless of the pigeons' actions, Skinner believed that the pigeons were trying to influence their feeding schedule by performing these actions. He then extended this as a proposition regarding the nature of superstitious behaviour in humans.[5]

From a simpler perspective, natural selection will tend to reinforce a tendency to generate weak associations. If there is a strong survival advantage to making correct associations, then this will outweigh the negatives of making many incorrect, "superstitious" associations.[9]