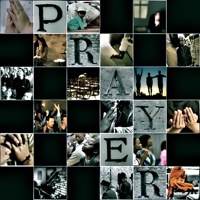 Prayer is the act of communicating with a deity or spirit in worship. Specific forms of this may include praise, requesting guidance or assistance, confessing sins, as an act of reparation or an expression of one's thoughts and emotions. The words used in prayer may take the form of intercession, a hymn, incantation or a spontaneous utterance in the person's praying words. Praying can be done in public, as a group, or in private.

Most major religions in the world involve prayer in one way or another in their rituals. Although in many cases the act of prayer is ritualized and must be followed through a sometimes strict sequence of actions (even going as far as restricting who may pray), other religions, mainly the Abrahamic religions, teach that prayer can be done spontaneously by anyone at any moment.

Scientific studies regarding the use of prayer have mostly concentrated on its effect on the healing of sick or injured people. The efficacy of petition in prayer for physical healing to a deity has been evaluated in numerous studies, with contradictory results.[1]. Though there has been criticism of the way the studies were conducted.[2]

Pray entered Middle English as preyen, prayen,and preien around 1290, recorded in The early South-English Legendary I. 112/200: And preide is fader wel ȝ erne, in the sense of "to ask earnestly." The next recorded use in 1300 is simply "to pray."[3] The word came to English from Old French preier, "to request" (first seen in La Séquence de Ste. Eulalie, ca. 880) In modern French prier, "to pray," the stem-vowel is leveled under that of the stem-stressed forms, il prie, etc. The origin of the word before this time is less certain. Compare the Italian Pregare, "to ask" or more rarely "pray for something" and Spanish preguntar, "ask."

One possibility is the Late Latin precare (as seen in Priscian), classical Latin precari "to entreat, pray" from Latin precari, from precor, from prec-, prex "request, entreaty, prayer." Precor was used by Virgil, Livy, Cicero, and Ovid in the accusative. Dative forms are also found in Livy and Aurelius Propertius. With pro in the ablative, it is found in Plinius Valerianus’s physic, and Aurelius Augustinus’s Epistulae. It also could be used for a thing. From classical times, it was used in both religious and secular senses. Prex is recorded as far back as T. Maccius Plautus (254 B.C. – ?). Other senses of precor include "to wish well or ill to any one," "to hail, salute," or "address one with a wish."

The Latin orare "to speak" later took over the role of precari to mean "pray." The Middle English word Orison, whose meaning in modern English has been taken over by Prayer, has been derived from this word via the Old French word oraison.[4]

The Spanish form preguntar was first recorded in El Cantar de Mio Çid (ca. 1150) and possibly comes from Vulgar Latin praecontare, an alteration of the Classical Latin percontari, perconto, percontor "interrogate" although the Spanish verb for "pray" today is (among Catholics) rezar, which previously meant "to say" from the Latin recitare. Among Spanish-speaking Protestants, the verb orar is used instead, and a prayer is called oración. The Portuguese word pregar "to preach," or less commonly, "to exhort," is also mentioned at times, although it is from the Latin praedicare, "to cry in public, proclaim," hence "to declare, state, say," in medieval Latin "to preach," and in Logic "to assert," from præ "forth" + dicare "to make known, proclaim." Compare the Spanish predicar. More closely related is the Portuguese perguntar, "to ask" and by extension "ask for." Pray is akin to Old English gefræge "hearsay, report," fricgan, frignan, frinan to ask, inquire, Old High German fraga question, fragen "to ask" (in modern German, "pray" is beten, "question" frage), Old Norse frett "question," fregna "to inquire, find out," Gothic fraihman "to find out by inquiry," Tocharian A prak- "to ask," Sanskrit roots, pracch- prask-, pras "interrogation," and prcchati "he asks"

Various spiritual traditions offer a wide variety of devotional acts. There are morning and evening prayers, graces said over meals, and reverent physical gestures. Some Christians bow their heads and fold their hands. Some native Americans regard dancing as a form of prayer.[5] Some Sufis whirl.[6] Hindus chant mantras.[7] Orthodox Jews sway their bodies back and forth [8] This practice is known, in Yiddish, as shuckling and Muslims kneel and prostrate. Quakers keep silent.[9] Some pray according to standardized rituals and liturgies, while others prefer extemporaneous prayers. Still others combine the two.

The act of prayer is attested in written sources as early as 5000 years ago. Some anthropologists, such as Sir Edward Burnett Tylor and Sir James George Frazer, believed that the earliest intelligent modern humans practiced something that we would recognize today as prayer.

From Biblical times to today, the most common form of prayer is to directly appeal to God to grant one's requests. This in many ways is the simplest form of prayer. Some have termed this the social approach to prayer.[10] In this view, a person directly enters into God's rest, and asks for their needs to be fulfilled. God listens to the prayer, and may or may not choose to answer in the way one asks of Him. This is the primary approach to prayer found in the Hebrew Bible, the New Testament, most of the Church writings, and in rabbinic literature such as the Talmud.

In this view, prayer is not a conversation. Rather, it is meant to inculcate certain attitudes in the one who prays, but not to influence. This view is expressed by Rabbi Nosson Scherman in the overview to the Artscroll Siddur (p. XIII).

Among Christian theologians, Edward McKendree Bounds stated the educational purpose of prayer in every chapter of his book, The Necessity of Prayer. Prayer books such as the Book of Common Prayer are both a result of this approach and an exhortation to keep it.

In this view, ultimate goal of prayer is to help train a person to focus on divinity through philosophy and intellectual contemplation. This approach was taken by the Jewish scholar and philosopher Maimonides and the other medieval rationalists; it became popular in Jewish, Christian and Islamic intellectual circles, but never became the most popular understanding of prayer among the laity in any of these faiths. In all three of these faiths today, a significant minority of people still hold to this approach.

In this approach, the purpose of prayer is to enable the person praying to gain a direct experience of the recipient of the prayer (or as close to direct as a specific theology permits). This approach is very significant in Christianity and widespread in Judaism (although less popular theologically). In Eastern Orthodoxy, this approach is known as hesychasm. It is also widespread in Sufi Islam, and in some forms of mysticism. It has some similarities with the rationalist approach, since it can also involve contemplation, although the contemplation is not generally viewed as being as rational or intellectual.

A prayer group is a group of people that meet to pray together. These groups, formed mostly within Christian congregations but occasionally among Muslim groups as well,[11] gather outside of the congregation's regular worship service to pray for perceived needs, sometimes within the congregation, sometimes within their religious group at large. However, these groups often pray also for the world around them, including people who do not share their beliefs.

Although there is no universally held method for conducting a prayer group meeting, a meeting's program will often begin with every participant proclaiming the authority of God, then sharing their own personal needs to other members of the group. Those needs are then prayed for, followed by the known needs of members of the congregation who are not taking part in the meeting. Needs outside the congregation are then prayed for.

Prayer is often used as a means of faith healing in an attempt to use religious or spiritual means to prevent illness, cure disease, or improve health. Those who attempt to heal by prayer, mental practices, spiritual insights, or other techniques claim they can summon divine or supernatural intervention on behalf of the ill. According to the varied beliefs of those who practice it, faith healing may be said to afford gradual relief from pain or sickness or to bring about a sudden "miracle cure", and it may be used in place of, or in tandem with, conventional medical techniques for alleviating or curing diseases. Faith healing has been criticized on the grounds that those who use it may delay seeking potentially curative conventional medical care. This is particularly problematic when parents use faith healing techniques on children.

In 1872, Francis Galton conducted a famous statistical experiment to determine whether prayer had a physical effect on the external environment. Galton hypothesized that if prayer was effective, members of the British Royal family would live longer, given that thousands prayed for their wellbeing every Sunday. He therefore compared longevity in the British Royal family with that of the general population, and found no difference. While the experiment was probably intended to satirize, and suffered from a number of confounders, it set the precedent for a number of different studies, the results of which are contradictory.

Two studies claimed that patients who are being prayed for recover more quickly or more frequently although critics have claimed that the methodology of such studies are flawed, and the perceived effect disappears when controls are tightened.[13] One such study, with a double-blind design and about 500 subjects per group, suggested that intercessory prayer by born again Christians had a statistically significant positive effect on a coronary care unit population. Critics contend that there were severe methodological problems with this study. Another such study was reported by Harris et al Critics also claim Byrd's 1988 study was not fully double-blinded, and that in the Harris study, patients actually had a longer hospital stay in the prayer group, if one discounts the patients in both groups who left before prayers began, although the Harris study did demonstrate the prayed for patients on average received lower course scores (indicating better recovery).

Many believe that prayer can aid in recovery, not due to divine influence but due to psychological and physical benefits. It has also been suggested that if a person knows that he or she is being prayed for it can be uplifting and increase morale, thus aiding recovery. (See Subject-expectancy effect.) Many studies have suggested that prayer can reduce physical stress, regardless of the god or gods a person prays to, and this may be true for many worldly reasons. According to a study by Centra State Hospital, "the psychological benefits of prayer may help reduce stress and anxiety, promote a more positive outlook, and strengthen the will to live." Mind and Spirit. from the Health Library section of CentraState Healthcare System. Other practices such as Yoga, Tai Chi, and Meditation may also have a positive impact on physical and psychological health.

Others feel that the concept of conducting prayer experiments reflects a misunderstanding of the purpose of prayer. The previously mentioned American Heart Journal study published in the American Heart Journal indicated that some of the intercessors who took part in it complained about the scripted nature of the prayers that were imposed to them, saying that this is not the way they usually conduct prayer:

"Prayer is entirely a personal and spontaneous expression of the attitude of the soul toward the spirit; prayer should be the communion of love and the expression of fellowship. Prayer, when indited by the spirit, leads to co-operative spiritual progress. The ideal prayer is a form of spiritual communion which leads to intelligent worship. True praying is the sincere attitude of reaching heavenward for the attainment of your ideals."[14]