From Nordan Symposia
(Redirected from Animal)
Jump to navigationJump to search 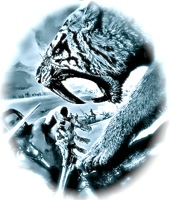 Ethology (from Greek: ἦθος, ethos, "character"; and -λογία, -logia) is the scientific study of animal behavior, and a branch of zoology (not to be confused with ethnology).

Although many naturalists have studied aspects of animal behavior through the centuries, the modern discipline of ethology is usually considered to have arisen with the work in the 1930s of Dutch biologist Nikolaas Tinbergen and Austrian biologist Konrad Lorenz, joint winners of the 1973 Nobel Prize in medicine. Ethology is a combination of laboratory and field science, with strong ties to certain other disciplines — e.g., neuroanatomy, ecology, evolution. Ethologists are typically interested in a behavioral process rather than in a particular animal group and often study one type of behavior (e.g. aggression) in a number of unrelated animals.

For lessons on the related topic of Animals, follow this link.

The desire to understand the animal world has made ethology a rapidly growing field, and since the turn of the 21st century, many prior understandings related to diverse fields such as animal communication, personal symbolic name use, animal emotions, animal culture and learning, and even sexual conduct, long thought to be well understood, have been revolutionized, as have new fields such as neuroethology.

The term "ethology" is derived from the Greek word "èthos" (ήθος), meaning "character". Other words derived from the Greek word "ethos" include "ethics" and "ethical". The term was first popularized in English by the American myrmecologist William Morton Wheeler in 1902. (An earlier, slightly different sense of the term was proposed by John Stuart Mill in his 1843 System of Logic. He recommended the development of a new science, "ethology," whose purpose would be the explanation of individual and national differences in character, on the basis of associationistic psychology. This use of the word was never adopted.)

Differences and similarities with comparative psychology

Comparative psychology also studies animal behaviour, but, as opposed to ethology, construes its study as a branch of psychology rather than as one of biology. Historically, where comparative psychology sees the study of animal behaviour in the context of what is known about human psychology, ethology sees the study of animal behaviour in the context of what is known about animal anatomy, physiology, neurobiology, and phylogenetic history. This distinction is not representative of the current state of the field. Furthermore, early comparative psychologists concentrated on the study of learning and tended to look at behaviour in artificial situations, whereas early ethologists concentrated on behaviour in natural situations, tending to describe it as instinctive. The two approaches are complementary rather than competitive, but they do lead to different perspectives and sometimes to conflicts of opinion about matters of substance. In addition, for most of the twentieth century, comparative psychology developed most strongly in North America, while ethology was stronger in Europe, and this led to different emphases as well as somewhat differing philosophical underpinnings in the two disciplines. A practical difference is that early comparative psychologists concentrated on gaining extensive knowledge of the behaviour of very few species, while ethologists were more interested in gaining knowledge of behaviour in a wide range of species in order to be able to make principled comparisons across taxonomic groups. Ethologists have made much more use of a truly comparative method than comparative psychologists have. Despite the historical divergence, most ethologists (as opposed to behavioural ecologists), at least in North America, teach in psychology departments. It is a strong belief among scientists that the mechanisms on which behavioural processes are based are the same that rule the evolution of the living species: there is therefore a strong connection between these two fields.

Mating and the fight for supremacy

The individual reproduction is with no doubt the most important phase in the proliferation of the species: for this reason, we can often observe complex mating rituals, which can reach a high level of complexity even if they are often regarded as fixed action patterns (FAPs). The Stickleback's complex mating ritual was studied by Niko Tinbergen and is regarded as a notable example of a FAP. Often in social life, males are fighting for the right of reproducing themselves as well as social supremacy. Such behaviours are common among mammals.

A common example of fight for social and sexual supremacy is the so-called pecking order among poultry. A pecking order is established every time a group of poultry co-lives for a certain amount of time. In each of these groups, a chicken is dominating among the others and can peck before anyone else without being pecked. A second chicken can peck all the others but the first, and so on. The chicken in the higher levels can be easily distinguished for their well-cured aspect, as opposed to the ones in the lower levels. During the period in which the pecking order is establishing, frequent and violent fights can happen, but once it is established it is only broken when other individuals are entering the group, in which case the pecking order has to be established from scratch.

Several animal species, including humans, tend to live in groups. Group size is a major aspect of their social environment. Social life is probably a complex and effective survival strategy. It may be regarded as a sort of symbiosis among individuals of the same species: a society is composed of a group of individuals belonging to the same species living within well-defined rules on food management, role assignments and reciprocal dependence.

The situation is, actually much more complex than it looks. When biologists interested in evolution theory first started examining social behaviour, some apparently unanswerable questions came up. How could, for instance, the birth of sterile casts, like in bees, be explained through an evolving mechanism which emphasizes the reproductive success of as many individuals as possible? Why, among animals living in small groups like squirrels, would an individual risk its own life to save the rest of the group? These behaviours may be examples of altruism. Of course, not all behaviours are altruistic, as shown in the table below. Notably, revengeful behaviour is claimed to have been observed exclusively in Homo sapiens. However other species have been reported to be vengeful, including a reports of vengeful camels[2] and vengeful chimpanzees.[3]

The existence of egoism through natural selection doesn't pose any question to the evolution theory and is, on the contrary, fully justified by it, as well as for the cooperative behaviour. It is much harder to understand the mechanism through which the altruistic behaviour initially developed.

Lorenz's collaborator, Niko Tinbergen, argued that ethology always needed to pay attention to four kinds of explanation in any instance of behaviour:

Ethology is now a well recognised scientific discipline, and has a number of journals covering developments in the subject, such as the Ethology Journal.In 1972, the International Society for Human Ethology was founded to promote exchange of knowledge and opinions concerning human behavior gained by applying ethological principles and methods and published in their journal, The Human Ethology Bulletin. In 2008, in a paper published in the journal Behaviour, ethologist Peter Verbeek introduced the term "Peace Ethology" as a sub-discipline of Human Ethology that is concerned with issues of human conflict, conflict resolution, reconciliation, war, peacemaking, and peacekeeping behavior [4].

In 1970, the English ethologist John H. Crook published an important paper in which he distinguished comparative ethology from social ethology, and argued that much of the ethology that had existed so far was really comparative ethology--looking at animals as individuals--whereas in the future ethologists would need to concentrate on the behaviour of social groups of animals and the social structure within them.

Also in 1970, Robert Ardrey's book The Social Contract: A Personal Inquiry into the Evolutionary Sources of Order and Disorder was published. The book and study investigated animal behaviour and then compared human behaviour as a similar phenomenon.

Indeed, E. O. Wilson's book Sociobiology: The New Synthesis appeared in 1975, and since that time the study of behaviour has been much more concerned with social aspects. It has also been driven by the stronger, but more sophisticated, Darwinism associated with Wilson and Richard Dawkins. The related development of behavioural ecology has also helped transform ethology. Furthermore, a substantial rapprochement with comparative psychology has occurred, so the modern scientific study of behaviour offers a more or less seamless spectrum of approaches – from animal cognition to more traditional comparative psychology, ethology, sociobiology and behavioural ecology. Sociobiology has more recently developed into evolutionary psychology.

In the mind's eye conjure up a picture of one of your primitive ancestors of cave-dwelling times--a short, misshapen, filthy, snarling hulk of a man standing, legs spread, club upraised, breathing hate and animosity as he looks fiercely just ahead. Such a picture hardly depicts the divine dignity of man. But allow us to enlarge the picture. In front of this animated human crouches a saber-toothed tiger. Behind him, a woman and two children. Immediately you recognize that such a picture stands for the beginnings of much that is fine and noble in the human race, but the man is the same in both pictures. Only in the second sketch you are favored with a widened horizon. You therein discern the motivation of this evolving mortal. His attitude becomes praiseworthy because you understand him. If you could only fathom the motives of your associates, how much better you would understand them. If you could only know your fellows, you would eventually fall in love with them.[1]