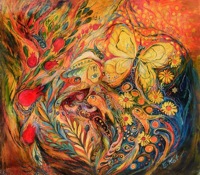 b : the events or circumstances that operate for or against an individual

For lessons on the related topic of Chance, follow this link.

Luck or fortuity is good or bad fortune in life caused by accident or chance, and attributed by some to reasons of faith or superstition, which happens beyond a person's control.

Cultural views of luck vary from perceiving luck as a matter of random chance to attributing to luck explanations of faith or superstition. For example, the Romans believed in the embodiment of luck as the Goddess Fortuna, while the atheist and philosopher Daniel Dennett believes that "luck is mere luck" rather than a property of a person or thing.

Lucky Symbols have widespread global appeal and are represented by human, animal, botanical and inanimate objects.[1]