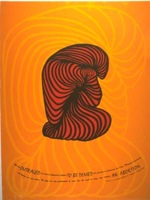 Meaning "product of an untimely birth" is from 1630s; earlier in this sense was abortive (early 14c.). Another earlier noun in English for "miscarriage" was abort (early 15c.). In the Middle English translation of Guy de Chauliac's "Grande Chirurgie" (early 15c.) Latin aborsum is used for "stillbirth, forced abortion." Abortment is attested from c. 1600; aborsement from 1530s, both archaic.

For lessons on the topic of Abortion, follow this link.

An abortion commonly referrs to the termination of a pregnancy by the removal or expulsion from the uterus of a fetus or embryo, resulting in or caused by its death.[1] An abortion can occur spontaneously due to complications during pregnancy or can be induced, in humans and other species. In the context of human pregnancies, an abortion induced to preserve the health of the gravida (pregnant female) is termed a therapeutic abortion, while an abortion induced for any other reason is termed an elective abortion. The term abortion most commonly refers to the induced abortion of a human pregnancy, while spontaneous abortions are usually termed miscarriages.

Abortion has a long history and has been induced by various methods including herbal abortifacients, the use of sharpened tools, physical trauma and other traditional methods. Contemporary medicine utilizes medications and surgical procedures to induce abortion. The legality, prevalence, and cultural views on abortion vary substantially around the world. In many parts of the world there is prominent and divisive public controversy over the ethical and legal issues of abortion. Abortion and abortion-related issues feature prominently in the national politics in many nations often involving the opposing pro-life and pro-choice worldwide social movements. Incidence of abortion has declined worldwide, as access to family planning education and contraceptive services has increased. Abortion incidence in the United States declined 8% from 1996 to 2003.[2][1]

The following information resources may be created by those with a non-neutral position in the abortion debate: