From Nordan Symposia
(Redirected from Agnostic)
Jump to navigationJump to search 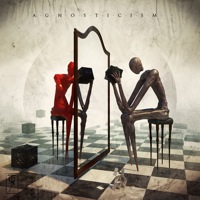 Greek agnōstos unknown, unknowable, from a- + gnōstos known, from gignōskein to know — more at know

(Greek: ἀ- a-, without + γνῶσις gnōsis, knowledge) was used by Thomas Henry Huxley in a speech at a meeting of the Metaphysical Society in 1876 to describe his philosophy which rejects all claims of spiritual or mystical knowledge. Early Christian church leaders used the Greek word gnosis (knowledge) to describe "spiritual knowledge." Agnosticism is not to be confused with religious views opposing the ancient religious movement of Gnosticism in particular; Huxley used the term in a broader, more abstract sense. Huxley identified agnosticism not as a creed but rather as a method of skeptical, evidence-based inquiry.

In recent years, scientific literature dealing with neuroscience and psychology has used the word to mean "not knowable". In technical and marketing literature, agnostic often has a meaning close to "independent"—for example, "platform agnostic" or "hardware agnostic."

Agnosticism is the view that the truth value of certain claims—especially claims about the existence or non-existence of any deity, but also other religious and metaphysical claims—is unknown or unknowable. Agnosticism can be defined in various ways, and is sometimes used to indicate doubt or a skeptical approach to questions. In some senses, agnosticism is a stance about the difference between belief and knowledge, rather than about any specific claim or belief. In the popular sense, an agnostic is someone who neither believes nor disbelieves there is a God, whereas an atheist disbelieves there is a God. In the strict sense, however, agnosticism is the view that human reason is incapable of providing sufficient rational grounds to justify knowledge whether God exists or does not. Within agnosticism there are agnostic atheists (who do not believe any deity exists, but do not deny it as a possibility) and agnostic theists (who believe a God exists but do not claim to know that).

Thomas Henry Huxley, an English biologist, coined the word agnostic in 1869. However, earlier thinkers and written works have promoted agnostic points of view. They include Protagoras, a 5th-century BCE Greek philosopher, and the Nasadiya Sukta creation myth in the Rig Veda, an ancient Sanskrit text. Since Huxley coined the term, many other thinkers have written extensively about agnosticism.[1]