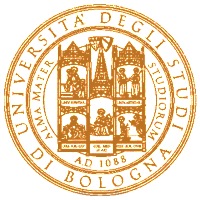 Middle English anniversarie, from Medieval Latin anniversarium, from Latin, neuter of anniversarius returning annually, from annus year + versus, past participle of vertere to turn

An anniversary is a day that commemorates or celebrates a past event that occurred on the same day of the year as the initial event. For example, the first event is the initial occurrence or, if planned, the inaugural of the event. One year later would be the first anniversary of that event.

The Latin phrase dies natalis (literally "birth day") has become a common term, adopted in many languages, especially in intellectual and institutional circles, for the anniversary of the founding ("legal or statutory birth") of an institution, such as an alma mater (college or other school). Even in ancient Rome, we know of the [dies] Aquilae natalis ("birthday of the eagle", anniversary of the official founding of a legion).

Most countries around the world celebrate national anniversaries, for example the United States Bicentennial. These could be the date of independence of the nation or the adoption of a new constitution or form of government. The important dates in a sitting monarch's reign may also be commemorated, an event often referred to as a 'Jubilee'.

Anniversaries of nations are usually marked by the number of years elapsed described with Latin words or Roman numerals.