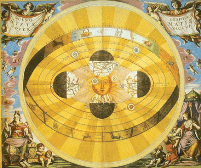 Old French apointe-r, -ier, < à point to the point, into condition: Sometimes refashioned after medieval Latin appunctāre, whence also some of the senses were taken.

b : the designation by virtue of a vested power of a person to enjoy an estate

A power of appointment is a term most frequently used in the law of wills to describe the ability of the testator (the person writing the will) to select a person who will be given the authority to dispose of certain property under the will. Although any person can exercise this power at any time during their life, its use is rare outside of a will. The power is divided into two broad categories: general powers of appointment and special powers of appointment. The holder of a power of appointment differs from the trustee of a trust in that the former has no obligation to manage the property for the generation of income, but need only distribute it.[1]