From Nordan Symposia
(Redirected from Attractive)
Jump to navigationJump to search 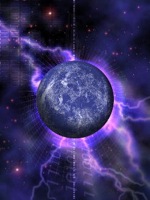 Attraction, or the Law of Attraction, is considered by New Thought writers as referring to the idea that thoughts influence chance. The Law of Attraction argues that thoughts (both conscious and unconscious) can affect things outside the head, not just through motivation, but by other means. Essentially, "if you really want something and truly believe it's possible, you'll get it", but putting a lot of attention and thought onto something you don't want means you'll get that too.[1][2]

The Law of Attraction became widely popular after the release of The Secret, a 2006 film by Australian television writer and producer Rhonda Byrne. Byrne followed up the film with a bestselling book of the same title and appeared on a series of talk shows in 2007.

Various scientists have stated that many of the Law's claims are impossible, violating scientific principles and a scientific understanding of the universe. [3]

The Secret lists three required steps — "ask, believe, receive" — as the essence of the Law of Attraction:

Thinking of what one does not have, they say, manifests itself in not having, while if one abides by these principles, and avoids "negative" thoughts, the universe will manifest a person's desires.[4]

Others have questioned the references to modern scientific theory, and have maintained, for example, that the Law of Attraction misrepresents the electrical activity of brainwaves.[8] Victor Stenger and Leon Lederman are critical of attempts to use quantum physics to bridge any unexplained or seemingly implausible effects, believing these to be traits of modern pseudoscience.[9][10][11] Writing in the New York Times, Virginia Heffernan characterised The Secret as "a series of misquotations ... and fraudulent maxims" that nonetheless "takes [her] to a happy place."[6]

Thomas Troward, who was a strong influence in the New Thought Movement, claimed that thought precedes physical form and that "the action of Mind plants that nucleus which, if allowed to grow undisturbed, will eventually attract to itself all the conditions necessary for its manifestation in outward visible form."[19]

In 1906, William Walker Atkinson (1862 - 1932) used the phrase in his New Thought Movement book Thought Vibration or the Law of Attraction in the Thought World.[20] The following year, Elizabeth Towne, the editor of The Nautilus Magazine, a Journal of New Thought, published Bruce MacLelland's book Prosperity Through Thought Force, in which he summarized the principle, stating: "You are what you think, not what you think you are." [21]