From Nordan Symposia
(Redirected from Authorizes)
Jump to navigationJump to search 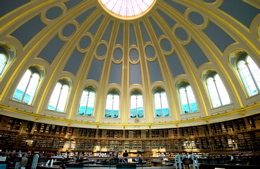 In politics, authority (Latin auctoritas, used in Roman law as opposed to potestas and imperium) is often used interchangeably with the term "power". However, their meanings differ. "Power" refers to the ability to achieve certain ends, 'authority' refers to the legitimacy, justification and right to exercise that power. For example whilst a Crowd/mob has the power to punish a criminal, such as through lynching, only the courts have the authority to order capital punishment.

For lessons on the topic of Authority, follow this link.

Most religions around the world, whether it is Hinduism, Islam, or Christianity has always considered God as the supreme authority. All the religious scriptures have considered God to have authority and wisdom, which is far superior than what any human being possesses. The source or reason behind this authority usually involves tremendous power and compassion along with primacy in the physical and spiritual realms. That which is divine is usually thought of as the creator and therefore superior than ordinary creatures.

Divinity, as presented in the religious scriptures, makes claim to the final authority for all truth and reality, and provides rules for and directions for the use of creation. The question of authority in such a system is "what does God want from me and how do I know this?" The source for answers to these types of questions in a divine authority consideration is variable in the human experience. Absolutism is often the result of receiving what is considered a divinely authored experience. The common experience of man is a religious history. Methods of understanding the connection to divinity are multiple, all seem to require some measure of faith in divinity and contemplation of perhaps multiple methods of communication.

For example, in the modern era; the act of observing the communion or the Lord's supper comes from a combination of direct divine command, approved apostolic example recorded in scripture, and necessary inference. Jesus directly states to his disciples that they are to partake of this examination (found in the gospels and rehearsed in the First Epistle to the Corinthians); there is an example of an apostle and others participating in this act of worship and obedience in the book of Acts, where the day of the observance is mentioned; as with all Bible references, the reader must infer or understand the direction from God to be applicable to today, and in the case of the regularity of the communion, a weekly occurrence of the first day makes necessary a weekly adherence to the blessing of communion.

The word authority derives from the Latin word "auctoritas", used in Roman law as opposed to potestas. According to Giorgio Agamben (2005), "auctoritas has nothing to do with magistrates or the people's potestas or imperium. The Senator… is not a magistrate".

In Weberian sociology, authority comprises a particular type of power. The dominant usage comes from functionalism, defining authority as power which is recognized as legitimate and justified by both the powerful and the powerless. Weber divided authority into three types:

The first type discussed by weber is the Traditional authority which according to him derives from long-established customs,habits and social structures.When power passes from one generation to another then it is known as traditional authority.The right of hereditary monarchs to rule furnishes an obvious example.There are several examples in this regard. The Tudors in England, the ruling families of Mewar in Rajasthan (India)are some of the best examples of traditional authority. The second type of authority is Rational-legal authority. It is that form of authority which depends for its legitimacy on formal rules and established laws of the state, which are usually written down, and are often very complex.The power of the rational legal authority is mentioned in the constitution. Modern societies depend on legal-rational authority. Government officials are the best example of this form of authority which is prevalent all over the world. The third form of authority is Charismatic authority. Here the Charisma of the individual or the leader plays an important role. Charismatic authority is that authority, which is derived from "the gift of grace," or, when the leader claims that his authority is derived from a "higher power" (e.g. God or natural law or rights) or "inspiration" that is superior to both the validity of traditional and rational-legal authority, and followers accept this and are willing to follow this higher or inspired authority in the place of the authority that they have hitherto been following. One of the most prominent example of charismatic authority can be politicians or leaders who come from movie or entertainment background. These people become successful because they use their grace and charm to get more votes during elections. Examples in this regard can be NT Rama Rao, a matinee idol who went on to become one of the most powerful and successful Chief minister of Andhra Pradesh. History has witnessed several social movements or revolution against a system of traditional or legal-rational authority, which are usually started by Charismatic authority. What distinguishes authority from coercion, force, and power on one hand and leadership, persuasion and influence on the other hand is legitimacy. Superiors feel that they have a right to issue commands; subordinates perceive an obligation to obey. Social scientists agree that authority is but one of several resources available to incumbents of formal positions. For example, a Head of State is dependent upon a similar nesting of authority. His legitimacy must be acknowledged not just by citizens but by those who control other valued resources: his immediate staff, his cabinet, military leaders and in the long run administration and political apparatus of the entire society.

Authority and the state

Every state has a number of institutions which exercises authority based on longstanding practices. In India, the Britishers created the institution of Civil Services, which is going strong even after 150 years. The Armed Forces of India is another institution which is subordinate to the government but is a very old and prominent institution. Apart from this every state sets up agencies which are competent in dealing with one particular matter. All this is set up within its charter. One example can be that of a port authority like port of London authority. They are usually created by special legislation and are run by a board of directors. Several agencies and institutions are also created on the same lines and they exercise autonomy in certain matters. They are also usually required to be self-supporting through property taxes or other forms of collection or fees for services.

The use of authority by contemporary social scientists is not dispute free. According to Laswell and Kaplan, authority is formal power. But Friedrich rejected their definition and defined authority as the quality of a communication which is capable of reasoned elaboration. Laswell and Kaplan believed that power is a form of influence whereas Friedrich maintained that influence is a kind of power, indirect and unstructured. According to him, it seems of unlimited value to pursue a definition of authority as a special case of power or influence. Social Scientists are by no means agreed on how the concept should be used. According to Michels, in the Encyclopaedia of Social Sciences, authority is the capacity, innate or acquired for exercising ascendancy over a group. But Bierstedt argues that authority is not a capacity, it is a relationship. It is sanctioned power, institutionalised power.