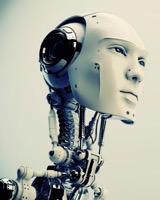 The term autonomia/Autonome was first used in 1620, having been composed out of two Greek words, "auto–nomos", referring to someone or something which lives by his/her own rule. Autonomy, in this sense, is not independence. While independence refers to an autarchic kind of life, separated from the community, autonomy refers to life in society but by one's own rule. Though the notion of autonomism was alien to the ancient Greeks, whose society was not an all-inclusive one, the concept is indirectly endorsed by Aristotle, who stated that only beasts or gods could be independent and live apart from the polis ("community"), while Kant defined the Enlightenment by autonomy of thought and the famous "Sapere aude" ("dare to know").

For lessons on the topic of Autonomy, follow this link.

Autonomy (Ancient Greek: αὐτονομία autonomia from αὐτόνομος autonomos from αὐτο- auto- "self" + νόμος nomos, "law" "one who gives oneself his/her own law") is a concept found in moral, political, and bioethical philosophy. Within these contexts, it refers to the capacity of a rational individual to make an informed, un-coerced decision. In moral and political philosophy, autonomy is often used as the basis for determining moral respectibility for one's actions. One of the best known philosophical theories of autonomy was developed by Kant. In medicine, respect for the autonomy of patients is an important goal, though it can conflict with a competing ethical principle, namely beneficence. Politically, it is also used to refer to the self-governing of a people.