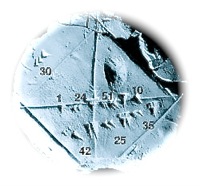 Before Common Era (also known as Christian Era and Current Era; abbreviated CE is a designation for the period of time beginning with year 1 of the proleptic Gregorian calendar. An earlier date is then designated BCE, described as "Before the Common, Christian, or Current Era". The numbering of years is identical to the numbering in the Anno Domini system, neither system using a year zero. Originating among Christians in Europe at least as early as 1615 (at first in Latin), Common Era notation has been adopted in several non-Christian cultures, by many scholars in religious studies and other academic fields, and by others wishing to be sensitive to non-Christians, since Common Era does not explicitly make use of religious titles for Jesus, such as Christ and Lord, which are used in the AD/BC notation. The use of BCE and CE has been criticized by some (who favor the BC/AD system) as being in their view "the result of secularization" and "political correctness".

The Gregorian calendar is the calendar system with most widespread usage in the world today. For decades, it has been the unofficial global standard, recognized by international institutions such as the United Nations and the Universal Postal Union.

The abbreviation BCE, just as with BC, always follows the year number. Unlike AD, which traditionally precedes the year number, CE always follows the year number (if context requires that it be written at all). Thus, the current year is written as 2008 in both systems (or, if further clarity is needed, as 2008 CE, or as AD 2008), and the year that Socrates died is represented as 399 BCE (the same year that is represented by 399 BC in the BC/AD system). The abbreviations are sometimes written with small capital letters, or with periods (e.g., "BCE" or "C.E.").[1]