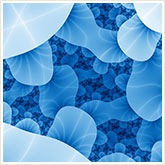 Bacteria, singular: bacterium) are a large domain of prokaryotic microorganisms. Typically a few micrometres in length, bacteria have a wide range of shapes, ranging from spheres to rods and spirals. Bacteria are present in most habitats on Earth, growing in soil, acidic hot springs, radioactive waste, water, and deep in the Earth's crust, as well as in organic matter and the live bodies of plants and animals, providing outstanding examples of mutualism in the digestive tracts of humans, termites and cockroaches. There are typically 40 million bacterial cells in a gram of soil and a million bacterial cells in a millilitre of fresh water; in all, there are approximately five nonillion (5×1030) bacteria on Earth, forming a biomass that exceeds that of all plants and animals. Bacteria are vital in recycling nutrients, with many steps in nutrient cycles depending on these organisms, such as the fixation of nitrogen from the atmosphere and putrefaction. In the biological communities surrounding hydrothermal vents and cold seeps, bacteria provide the nutrients needed to sustain life by converting dissolved compounds such as hydrogen sulphide and methane. Most bacteria have not been characterised, and only about half of the phyla of bacteria have species that can be grown in the laboratory. The study of bacteria is known as bacteriology, a branch of microbiology.[1]