From Nordan Symposia
(Redirected from Campaigns)
Jump to navigationJump to search 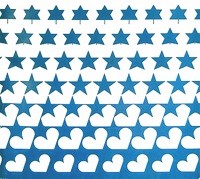 French. campagne country, open country, champaign, ‘the field’, campaign, which in the course of the 16th c. took the place of the earlier champagne in all its senses (except as the proper name of a French province). It was introduced into English. in the 17th c., and at first occasionally used in all the senses of the earlier CHAMPAIGN, but was at length differentiated, and restricted to the military sense, for which it is now the proper term. The forms campagna, -agnia, -ania were also in 17th c.

Politics is as old as humankind and is not limited to democratic or governmental institutions. Some examples of political campaigns are: the effort to execute or banish Socrates from Athens in the 5th century BC, the uprising of petty nobility against John of England in the 13th century, or the 2005 push to remove Michael Eisner from the helm of The Walt Disney Company.

A campaign team (which may be as small as one inspired individual, or a heavily-resourced group of professionals) must consider how to communicate the message of the campaign, recruit volunteers, and raise money. Campaign advertising draws on techniques from commercial advertising and propaganda. The avenues available to political campaigns when distributing their messages is limited by the law, available resources, and the imagination of the campaigns' participants. These techniques are often combined into a formal strategy known as the campaign plan. The plan takes account of a campaign's goal, message, target audience, and resources available. The campaign will typically seek to identify supporters at the same time as getting its message across.[1]