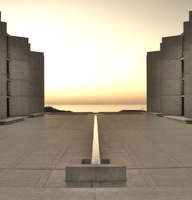 b : an established organization or corporation (as a bank or university) especially of a public character

For lessons on the topic of Institutions, follow this link.

Institutions are structures and mechanisms of social order and cooperation governing the behavior of a set of individuals within a given human collectivity. Institutions are identified with a social purpose and permanence, transcending individual human lives and intentions, and with the making and enforcing of rules governing cooperative human behavior. The term "institution" is commonly applied to customs and behavior patterns important to a society, as well as to particular formal organizations of government and public service. As structures and mechanisms of social order among humans, institutions are one of the principal objects of study in the social sciences, including sociology, political science, and economics. Institutions are a central concern for law, the formal mechanism for political rule-making and enforcement. The creation and evolution of institutions is a primary topic for history.

69:1.6 These three groups of social practices are intimately interrelated and minutely interdependent the one upon the other. On Urantia they represent a complex organization which functions as a single social mechanism.[1]