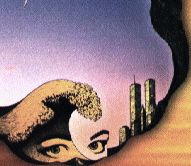 According to the Concise Oxford Dictionary, proud comes from late Old English prut, probably from Old French prud "brave, valiant" (11th century) (which became preux in French), from Late Latin term prodis "useful", which is compared with the Latin prodesse "be of use". The sense of "having a high opinion of oneself", not in French, may reflect the Anglo-Saxons' opinion of the Norman knights who called themselves "proud", like the French knights preux.

For lessons on the topic of Pride, follow this link.

a : inordinate self-esteem : conceit
b : a reasonable or justifiable self-respect
c : delight or elation arising from some act, possession, or relationship <parental pride>

Pride is an inwardly directed emotion that carries two common meanings. With a negative connotation, pride refers to an inflated sense of one's personal status or accomplishments, often used synonymously with hubris. With a positive connotation, pride refers to a satisfied sense of attachment toward one's own or another's choices and actions, or toward a whole group of people, and is a product of praise, independent self-reflection, or a fulfilled feeling of belonging. Philosophers and social psychologists have noted that pride is a complex secondary emotion which requires the development of a sense of self and the mastery of relevant conceptual distinctions (e.g., that pride is distinct from happiness and joy) through language-based interaction with others. Some social psychologists identify it as linked to a signal of high social status. In contrast pride could also be defined as a disagreement with the truth. One definition of pride in the first sense comes from St. Augustine: "the love of one's own excellence". In this sense, the opposite of pride is either humility or guilt; the latter in particular being a sense of one's own failure in contrast to Augustine's notion of excellence.

Pride is sometimes viewed as excessive or as a vice, sometimes as proper or as a virtue. While some philosophers such as Aristotle (and George Bernard Shaw) consider pride a profound virtue, some world religions consider it a sin, such as is expressed in Proverbs 11:2 of the Old Testament.

When viewed as a virtue, pride in one's appearance and abilities is known as virtuous pride, greatness of soul or magnanimity, but when viewed as a vice it is often termed vanity or vainglory. Pride can also manifest itself as a high opinion of one's nation (national pride) and ethnicity (ethnic pride).