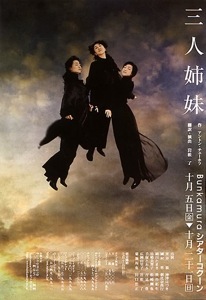 Three (3) is a number, numeral, and glyph. It is the natural number following 2 and preceding 4.

It is frequently noted by historians of numbers that early counting systems often relied on the three-patterned concept of "One- Two- Many" to describe counting limits. In other words, in their own language equivalent way, early peoples had a word to describe the quantities of one and two, but any quantity beyond this point was simply denoted as "Many". As an extension to this insight, it can also be noted that early counting systems appear to have had limits at the numerals 2, 3, and 4. References to counting limits beyond these three indices do not appear to prevail as consistently in the historical record.

Evolution of the glyph

Three is often the largest number written with as many lines as the number represents. The Romans tired of writing 4 as IIII, but to this day 3 is written as three lines in Roman and Chinese numerals. This was the way the Brahmin Indians wrote it, and the Gupta made the three lines more curved. The Nagari started rotating the lines clockwise and ending each line with a slight downward stroke on the right. Eventually they made these strokes connect with the lines below, and evolved it to a character that looks very much like a modern 3 with an extra stroke at the bottom. It was the Western Ghubar Arabs who finally eliminated the extra stroke and created our modern 3. (The "extra" stroke, however, was very important to the Eastern Arabs, and they made it much larger, while rotating the strokes above to lie along a horizontal axis, and to this day Eastern Arabs write a 3 that looks like a mirrored 7 with ridges on its top line): ٣

A common variant of the digit 3 has a flat top, similar to the character Ʒ (ezh), sometimes used to prevent people from falsifying a 3 into an 8.

As a lucky or unlucky number

Counting to three is common in situations where a group of people wish to perform an action in synchrony: Now, on the count of three, everybody pull! Assuming the counter is proceeding at a uniform rate, the first two counts are necessary to establish the rate, but then everyone can predict when "three" will come based on "one" and "two"; this is likely why three is used instead of some other number.

In Vietnam, it is bad luck to take a photo with three people in it. The person in the middle is believed to die soon.

There is a superstition that states it is unlucky to take a third light, that is, to be the third person to light a cigarette from the same match or lighter. This is commonly believed to date from the trenches of the First World War when a sniper might see the first light, take aim on the second and fire on the third.[1]