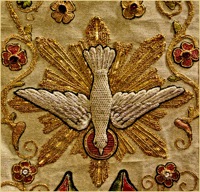 b : something that makes an oath binding

b : a mechanism of social control for enforcing a society's standards
c : explicit or official approval, permission, or ratification : approbation

Sanctions are penalties or other means of enforcement used to provide incentives for obedience with the law, or with rules and regulations. Criminal sanctions can take the form of serious punishment, such as corporal or capital punishment, incarceration, or severe fines. Within the civil law context, sanctions are usually monetary fines, levied against a party to a lawsuit or his/her attorney, for violating rules of procedure, or for abusing the judicial process. The most severe sanction in a civil lawsuit is the involuntary dismissal, with prejudice, of a complaining party's cause of action, or of the responding party's answer. This has the effect of deciding the entire action against the sanctioned party without recourse, except to the degree that an appeal or trial de novo may be allowed because of reversible error.

A judge may sanction a party during a legal proceeding, by which it is meant that he or she imposes penalties. In the United States federal court system, certain types of conduct are sanctionable under Rule 11 of the Federal Rules of Civil Procedure.

Conversely and to some surprisingly, the word may be used to mean "approve of," especially in an official sense. "The law sanctions such behavior" would mean that the behavior spoken of enjoys the specific approval of law.[1]