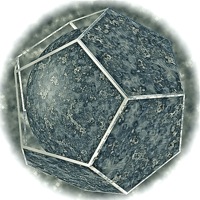 Humanitarian intervention refers to armed interference in one state by another state(s) with the objective of ending or reducing the suffering of the population within the first state.

That suffering may be the result of civil war, humanitarian crisis, or crimes committed by the government of the occupied nation (such as genocide). The goal of humanitarian intervention is neither annexation nor interference with territorial integrity, but minimization of the suffering of civilians in that state.

The claimed rationale behind such an intervention is the belief, embodied in international customary law, in a duty under certain circumstances to disregard a state's sovereignty to preserve our common humanity.

For lessons on the topic of Intervention, follow this link.

Intervening in the affairs of another state has been a subject of discussion in international law for as long as laws of nations were developed. Attitudes have changed considerably since the end of World War II, the Allied discovery of the Holocaust, and the Nuremberg trials. One of the classic statements for intervention in the affairs of another country is found in John Stuart Mill's essay, A Few Words on Non-Intervention (1859)[1]

"There seems to be no little need that the whole doctrine of non-interference with foreign nations should be reconsidered, if it can be said to have as yet been considered as a really moral question at all... To go to war for an idea, if the war is aggressive, not defensive, is as criminal as to go to war for territory or revenue; for it is as little justifiable to force our ideas on other people, as to compel them to submit to our will in any other respect. But there assuredly are cases in which it is allowable to go to war, without having been ourselves attacked, or threatened with attack; and it is very important that nations should make up their minds in time, as to what these cases are... To suppose that the same international customs, and the same rules of international morality, can obtain between one civilized nation and another, and between civilized nations and barbarians, is a grave error..."

According to Mill's opinion (in 1859) barbarous peoples were found in Algeria and India where the French and British armies had been involved. Mill's justification of intervention was overt imperialism. First, he argued that with "barbarians" there is no hope for "reciprocity", an international fundamental. Second, barbarians are apt to benefit from civilized intervenors, said Mill, citing Roman conquests of Gaul, Spain, Numidia and Dacia. Barbarians,

"have no rights as a nation, except a right to such treatment as may, at the earliest possible period, fit them for becoming one. The only moral laws for the relation between a civilized and a barbarous government, are the universal rules of morality between man and man."

While seeming wildly out of kilter with modern discourse, a similar approach can be found in theory on intervention in failed states. Of more widespread relevance, Mill discussed the position between "civilized peoples".

"The disputed question is that of interfering in the regulation of another country’s internal concerns; the question whether a nation is justified in taking part, on either side, in the civil wars or party contests of another: and chiefly, whether it may justifiably aid the people of another country in struggling for liberty; or may impose on a country any particular government or institutions, either as being best for the country itself, or as necessary for the security of its neighbours.

Mill brushes over the situation of intervening on the side of governments who are trying to oppress an uprising of their own, saying "government which needs foreign support to enforce obedience from its own citizens, is one which ought not to exist". In the case however of a civil war, where both parties seem at fault, Mill argues that third parties are entitled to demand that the conflicts shall cease. He then moves to the more contentious situation of wars for liberation.

"When the contest is only with native rulers, and with such native strength as those rulers can enlist in their defence, the answer I should give to the question of the legitimacy of intervention is, as a general rule, No. The reason is, that there can seldom be anything approaching to assurance that intervention, even if successful, would be for the good of the people themselves. The only test possessing any real value, of a people’s having become fit for popular institutions, is that they, or a sufficient portion of them to prevail in the contest, are willing to brave labour and danger for their liberation. I know all that may be said, I know it may be urged that the virtues of freemen cannot be learnt in the school of slavery, and that if a people are not fit for freedom, to have any chance of becoming so they must first be free. And this would be conclusive, if the intervention recommended would really give them freedom. But the evil is, that if they have not sufficient love of liberty to be able to wrest it from merely domestic oppressors, the liberty which is bestowed on them by other hands than their own, will have nothing real, nothing permanent. No people ever was and remained free, but because it was determined to be so..."

A modern, post World War II example of humanitarian intervention appeared during the Biafran War (1967-1970). The conflict lead to a famine which caused great suffering, widely covered in western press outlets but totally ignored by government leaders in the name of neutrality and non-intervention. This situation lead to the creation of NGOs like Médecins Sans Frontières, which defended the idea that certain public health situations might justify the extraordinary action of calling into question the sovereignty of states. The concept was developed theoretically at the end of the 1980s, notably by law professor Mario Bettati and French politician (and former president of Médecins Sans Frontières) Bernard Kouchner.

This responsibility is said to involve three stages: to prevent, to react and to rebuild. Responsibility to Protect has gained strong support in some circles, such as in Canada, a handful of European and African nations, and among proponents of human security, but has been criticised by others, with some Asian nations being among the chief dissenters.

Defenders of humanitarian intervention justify it primarily in the name of a moral imperative: "we should not let people die." This idea is grounded in the Universal Declaration of Human Rights, written in 1948. For these defenders, intervention is only legitimate when it is motivated by a massive violation of human rights and when it is put in motion by an international body, typically the United Nations Security Council. In particular Article 28 announces a right to a social and international order in which human rights are realized.

Further, the Chapter Seven powers of the United Nations Security Council are often used to legitimate intervention for stopping any threats to international peace and security. From the 1990s the understanding of what constituted threats to international peace were radically broadened to include such things as the movement of refugees, to justify intervention into Somalia and Yugoslavia. These two countries were the first that the United Nations intervened without gaining permission from the States involved.

In practice, humanitarian intervention actions are often carried out by coalitions of nations, which can create two somewhat different situations:

Despite the generous notions underlying the concept, which place emphasis on values like self-government and respect for human rights, this idea has been queried ever since it was first advanced.

When implemented, an intervention mission can contravene the fundamental objectives of the United Nations, such as maintaining peace[4], and it contravenes Article 2.7 of the Charter of the United Nations whenever a recognised state is subject to an intervention: "Nothing contained in the present Charter shall authorize the United Nations to intervene in matters which are essentially within the domestic jurisdiction of any state". However, the UN Charter also justifies interventions under Chapters VI and VII. Advocates of interventions argue that the creation of a new right is not necessary, but rather the simple application of rights which already exist. More fundamentally than this legal problem are the contradictions inherent in the concept of humanitarian intervention, which are primarily due to the confusion created by the blurring of the right and the duty to interfere. It is difficult, when such confusion occurs, to separate the humanitarian motives from the political motives and be assured that the powers intervening are entirely disinterested.

Even though it is called universal, the declaration of human rights is strongly influenced by the work of Western philosophers from the Enlightenment and more generally by a Judeo-Christian tradition. Intervention has often been an action directed by Northern states toward Southern states. It is thus unlikely that a Rwandan contingent might one day be assigned a peacekeeping mission in Northern Ireland, or that the Lebanese might intervene in Basque country.

In reality, the powerful nation-states run little risk of becoming the target of a humanitarian intervention action. For example, the Chechen population is probably in as much danger as of 2005 as the Kosovars were in previous years, but Russia is significantly more powerful in the realm of international relations than Serbia, and so an international action into Chechnya is much less likely.

Even in the West, humanitarian intervention has opposition. Many believe it bears too much resemblance to the colonialism of the 19th century, and that it is little more than a propaganda term used to justify aggression against countries for other reasons. Others argue that the alleged rationale of advancing the values of Western-style liberal democracy in effect constitutes a dismissal of other cultures or alternative political systems as having negligible value. Others criticize the event-based nature of the concept; there is a tendency for the concept to be invoked in the heat of action, to give the appearance of propriety for Western television viewers, and to neglect the conflicts that are forgotten by the media or occur based on chronic distresses rather than sudden crises.

As is demonstrated by the criticism surrounding the American intervention in Iraq, the delicate balance between repressing bullies and respecting the equality of sovereign states is still one that must be found.

b. Law. The action of one, not originally a party, who intervenes in a suit.

b. An intervening thing, event, or period of time.

This article relies heavily on the French Wikipedia entry on humanitarian intervention, which was accessed for translation on August 27 2005.

This article relies heavily on the French Wikipedia entry on humanitarian intervention, which was accessed for translation on August 27, 2005.