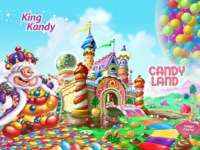 b : a piece of such confection

Candy, specifically sugar candy, is a confection made from a concentrated solution of sugar in water, to which flavorings and colorants are added. Candies come in numerous colors and varieties and have a long history in popular culture.

The Middle English word "candy" began to be used in the late 13th century, coming into English from the Old French çucre candi, derived in turn from Persian Qand (=قند) and Qandi (=قندی), "cane sugar". In North America, candy is a broad category that includes candy bars, chocolates, licorice, sour candies, salty candies, tart candies, hard candies, taffies, gumdrops, marshmallows, and more. Vegetables, fruit, or nuts which have been glazed and coated with sugar are said to be candied.

Outside North America, the generic English-language name for candy is sweets or confectionery (United Kingdom, Ireland, South Africa and other commonwealth countries). In Australia, small pieces of sweet substance are known as "lollies".

A popular candy in Latin America is the so-called pirulín (also known as pirulí), which is a multicolor, conic-shaped hard candy of about 10 to 15 cm long, with a sharp conical or pyramidal point, with a stick in the base, and wrapped in cellophane.[1]