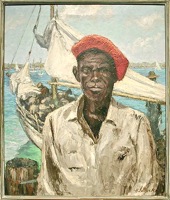 b : employed for irregular periods <a casual worker>
c : met with on occasion and known only superficially <a casual friend>

b (1) : informal, natural <a casual conversation> (2) : designed for informal use <casual clothing>

In the European tradition, casual is the dress code which emphasizes comfort and personal expression over presentation and uniformity. It includes a very wide variety of costume, so it is perhaps better defined by what it isn't than what it is. The following are not considered casual wear:

Blue jeans and a T-shirt have been described as the "casual uniform". With the popularity of spectator sports in the late 20th century, a good deal of athletic gear has influenced casual wear. Clothing worn for manual labor also falls into casual wear.[1]