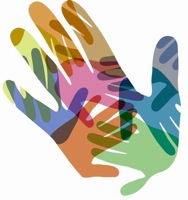 A census is the procedure of systematically acquiring and recording information about the members of a given population. It is a regularly occurring and official count of a particular population. The term is used mostly in connection with national population and door-to-door censuses (to be taken every 10 years according to United Nations recommendations), agriculture, and business censuses. The term itself comes from Latin: during the Roman Republic the census was a list that kept track of all adult males fit for military service.

The census can be contrasted with sampling in which information is obtained only from a subset of a population, sometimes as an Intercensal estimate. Census data is commonly used for research, business marketing, and planning as well as a base for sampling surveys. In some countries, census data is used to apportion electoral representation (sometimes controversially - e.g. see Utah v. Evans).

While the census provides a useful way of obtaining statistical information about a population, such information can sometimes lead to abuses, political or otherwise, made possible by the linking of individuals' identities to anonymous census data. This consideration is particularly important when individuals' census responses are made available in microdata form, but even aggregate-level data can result in privacy breaches when dealing with small areas and/or rare subpopulations.

For instance, when reporting data from a large city, it might be appropriate to give the average income for black males aged between 50 and 60. However, doing this for a town that only has two black males in this age group would be a breach of privacy: either of those people, knowing their own income and the reported average, could determine the other person's income.

Typically, census data is processed to obscure individual information. Some agencies do this by intentionally introducing small statistical errors to prevent the identification of individuals in marginal populations; others swap variables for similar respondents. Whatever measures have been taken to reduce the privacy risk in census data, new technology in the form of better electronic analysis of data poses increasing challenges to the protection of sensitive individual information.