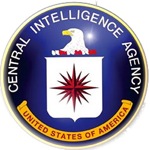 The Central Intelligence Agency (CIA) is a civilian intelligence agency of the United States government. It is the successor of the Office of Strategic Services (OSS) formed during World War II to coordinate espionage activities between the branches of the US military services.

Its primary function is collecting and analyzing information about foreign governments, corporations, and persons in order to advise public policymakers. Prior to December 2004, the CIA was literally the central intelligence organization for the US government. The Intelligence Reform and Terrorism Prevention Act of 2004 created the office of the Director of National Intelligence (DNI), who took over some of the government and intelligence community (IC)-wide functions that had previously been the CIA's. The DNI manages the United States Intelligence Community and in so doing it manages the intelligence cycle. Among the functions that moved to the DNI were the preparation of estimates reflecting the consolidated opinion of the 16 IC agencies, and preparation of briefings for the [[President of the United States. On July 30, 2008, George W. Bush issued Executive Order 13470 Executive Order 13470 amending Executive Order 12333 to strengthen the role of the DNI. [1]

When discussing the CIA, it is critical to distinguish whether one is speaking of the agency as it was during the period that it bore IC-wide responsibilities, or as it is today, given its present set of responsibilities. The IC still has internal politics, (The Quest for Absolute Security; The Failed Relations Among U.S. Intelligence Agencies ISBN 1-56663-697-3) although an increasing number of interagency "centers", as well as the Intellipedia information sharing mechanism, are hoped to be improvements.

The current CIA still has a number of functions in common with other countries' intelligence agencies; The CIA's headquarters is in Langley, Virginia in the McLean]] Census Designated Place of [[Fairfax County, Virginia,, a few miles west of Washington, D.C. along the Potomac River.

Sometimes, the CIA is referred to euphemistically in government and military as Other Government Agencies (OGA), particularly when its operations in a particular area are an open secret. [2] [3] Other terms include The Company and The Agency.

The heraldic symbol that composes the CIA seal consists of three representative parts: the "right"-facing bald eagle head atop, ("right" facing, since the eagle looks over its "right" shoulder, not the left shoulder) the compass star (or compass rose), and the shield. The eagle is the national bird, standing for strength and alertness. The 16-point compass star represents the CIA's worldwide search for intelligence outside the United States, which is then reported to the headquarters for analysis, reporting, and re-distribution to policymakers. The compass rests upon a shield, symbolic of defense.[4]

The CIA has an executive office, four major directorates, and a variety of specialized offices. Prior to the creation of the Office of the Director of National Intelligence, it had some additional responsibilities for the IC as a whole.[5]

The CIA publishes a reference work on the countries of the work called the CIA Factbook also known as the CIA World Factbook[6] is a reference resource produced by the Central Intelligence Agency of the United States in an almanac-style information about the countries of the world. It was originally an annual book, but the 2008 edition was the last to be printed on paper. The Factbook is now only available in the form of a website, which is partially updated every two weeks. It provides a two- to three-page summary of the demographics, geography, communications, politics, economy, and military of 266 [7] "Independent state" refers to a people politically organized into a sovereign state with a definite territory. * * * There are a total of 266 separate geographic entities in The World Factbook that may be categorized as follows... U.S.-recognized countries, dependencies, and other areas in the world.