From Nordan Symposia
(Redirected from Compare)
Jump to navigationJump to search 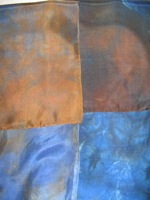 Middle English, from Anglo-French comparer, from Latin comparare to couple, compare, from compar like, from com- + par equal

b : to view in relation to <tall compared to me> <easy compared with the last test>

In English grammar the degree of comparison of an adjective or adverb describes the relational value of one thing with something in another clause of a sentence. An adjective may simply describe a quality, (the positive); it may compare the quality with that of another of its kind (comparative degree); and it may compare the quality with many or all others (superlative degree). In other languages it may describe a very large degree of a particular [[quality].