From Nordan Symposia
(Redirected from Languages)
Jump to navigationJump to search 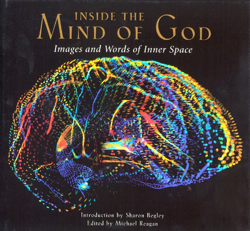 There are many theories of what the mind is and how it works, dating back to Plato, Aristotle, Adi Shankara, Siddhārtha Gautama, and other Ancient Greek and Indian philosophers. Pre-scientific theories, which were rooted in theology, concentrated on the relationship between the mind and the soul, the supposed supernatural, divine or God-given essence of the human person. Modern theories, based on a scientific understanding of the brain, see the mind as a phenomenon of psychology, and the term is often used more or less synonymously with consciousness.

For lessons on the topic of Mind, follow this link.

The question of which human attributes make up the mind is also much debated. Some argue that only the "higher" intellectual functions constitute mind: particularly reason and memory. In this view the emotions - love, hate, fear, joy - are more "primitive" or subjective in nature and should be seen as different in nature or origin to the mind. Others argue that the rational and the emotional sides of the human person cannot be separated, that they are of the same nature and origin, and that they should all be considered as part of the individual mind.

In popular usage mind is frequently synonymous with thought: It is that private conversation with ourselves that we carry on "inside our heads." Thus we "make up our minds," "change our minds" or are "of two minds" about something. One of the key attributes of the mind in this sense is that it is a private sphere to which no one but the owner has access. No-one else can "know our mind." They can only know what we communicate.

THE MIND ARENA OF CHOICE

Though the work of Adjusters is spiritual in nature, they must, perforce, do all their work upon an intellectual foundation. Mind is the human soil from which the spirit Monitor must evolve the morontia soul with the co-operation of the indwelt personality.

There is a cosmic unity in the several mind levels of the universe of universes. Intellectual selves have their origin in the cosmic mind much as nebulae take origin in the cosmic energies of universe space. On the human (hence personal) level of intellectual selves, the potential of spirit evolution becomes dominant, with the assent of the mortal mind, because of the spiritual endowments of the human personality together with the creative presence of an entity-point of absolute value in such human selves. But such a spirit dominance of the material mind is conditioned upon two experiences: This mind must have evolved up through the ministry of the seven adjutant mind-spirits, and the material (personal) self must choose to co-operate with the indwelling Adjuster in creating and fostering the morontia self, the evolutionary and potentially immortal soul.

Material mind is the arena in which human personalities live, are self-conscious, make decisions, choose God or forsake him, eternalize or destroy themselves.

Material evolution has provided you a life machine, your body; the Father himself has endowed you with the purest spirit reality known in the universe, your Thought Adjuster. But into your hands, subject to your own decisions, has been given mind, and it is by mind that you live or die. It is within this mind and with this mind that you make those moral decisions which enable you to achieve Adjusterlikeness, and that is Godlikeness.

Mortal mind is a temporary intellect system loaned to human beings for use during a material lifetime, and as they use this mind, they are either accepting or rejecting the potential of eternal existence. Mind is about all you have of universe reality that is subject to your will, and the soul--the morontia self--will faithfully portray the harvest of the temporal decisions which the mortal self is making. Human consciousness rests gently upon the electrochemical mechanism below and delicately touches the spirit-morontia energy system above. Of neither of these two systems is the human being ever completely conscious in his mortal life; therefore must he work in mind, of which he is conscious. And it is not so much what mind comprehends as what mind desires to comprehend that insures survival; it is not so much what mind is like as what mind is striving to be like that constitutes spirit identification. It is not so much that man is conscious of God as that man yearns for God that results in universe ascension. What you are today is not so important as what you are becoming day by day and in eternity.

Mind is the cosmic instrument on which the human will can play the discords of destruction, or upon which this same human will can bring forth the exquisite melodies of God identification and consequent eternal survival. The Adjuster bestowed upon man is, in the last analysis, impervious to evil and incapable of sin, but mortal mind can actually be twisted, distorted, and rendered evil and ugly by the sinful machinations of a perverse and self-seeking human will. Likewise can this mind be made noble, beautiful, true, and good--actually great--in accordance with the spirit-illuminated will of a God-knowing human being.

Evolutionary mind is only fully stable and dependable when manifesting itself upon the two extremes of cosmic intellectuality--the wholly mechanized and the entirely spiritualized. Between the intellectual extremes of pure mechanical control and true spirit nature there intervenes that enormous group of evolving and ascending minds whose stability and tranquillity are dependent upon personality choice and spirit identification.

But man does not passively, slavishly, surrender his will to the Adjuster. Rather does he actively, positively, and co-operatively choose to follow the Adjuster's leading when and as such leading consciously differs from the desires and impulses of the natural mortal mind. The Adjusters manipulate but never dominate man's mind against his will; to the Adjusters the human will is supreme. And they so regard and respect it while they strive to achieve the spiritual goals of thought adjustment and character transformation in the almost limitless arena of the evolving human intellect.

Mind is your ship, the Adjuster is your pilot, the human will is captain. The master of the mortal vessel should have the wisdom to trust the divine pilot to guide the ascending soul into the morontia harbors of eternal survival. Only by selfishness, slothfulness, and sinfulness can the will of man reject the guidance of such a loving pilot and eventually wreck the mortal career upon the evil shoals of rejected mercy and upon the rocks of embraced sin. With your consent, this faithful pilot will safely carry you across the barriers of time and the handicaps of space to the very source of the divine mind and on beyond, even to the Paradise Father of Adjusters. [1]