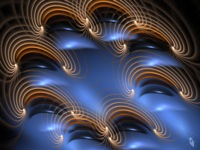 A papal conclave is a meeting of the College of Cardinals convened to elect a Bishop of Rome, who becomes the pope, when there is a vacancy in the office. The pope is considered by Catholics to be the successor of Saint Peter and earthly head of the Catholic Church. The conclave is the oldest ongoing method for choosing the leader of an institution.