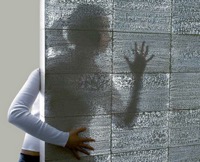 late Middle English (in the sense ‘formed by cohesion, solidified’): from French concret or Latin concretus, past participle of concrescere ‘grow together.’ Early use was also as a grammatical term designating a quality belonging to a substance (usually expressed by an adjective such as white in white paper) as opposed to the quality itself (expressed by an abstract noun such as whiteness); later concrete came to be used to refer to nouns embodying attributes (e.g., fool, hero), as opposed to the attributes themselves (e.g., foolishness, heroism), and this is the basis of the modern use as the opposite of ‘abstract’ The noun sense ‘building material’ dates from the mid 19th cent.

Abstract objects have often garnered the interest of philosophers because they raise problems for popular theories. In ontology, abstract objects are considered problematic for physicalism and some forms of naturalism. Historically, the most important ontological dispute about abstract objects has been the problem of universals. In epistemology, abstract objects are considered problematic for empiricism. If abstracta lack causal powers or spatial location, how do we know about them? It is hard to say how they can affect our sensory experiences, and yet we seem to agree on a wide range of claims about them. Some, such as Edward Zalta and arguably, Plato in his Theory of Forms, have held that abstract objects constitute the defining subject matter of metaphysics or philosophical inquiry more broadly. To the extent that philosophy is independent of empirical research, and to the extent that empirical questions do not inform questions about abstracta, philosophy would seem especially suited to answering these latter questions.