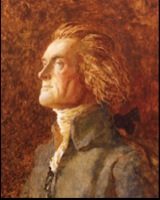 82 a : the act of convincing a person of error or of compelling the admission of a truth

b : the state of being convinced of error or compelled to admit the truth

b : the state of being convinced

For lessons on the topic of Conviction, follow this link.

In law, a conviction is the verdict that results when a court of law finds a defendant guilty of a crime.

The opposite of a conviction is an acquittal (i.e. "not guilty"). In Scotland and in the Netherlands, there can also be a verdict of "not proven", which counts as an acquittal. There are also cases where the court orders that a defendant not be convicted, despite being found guilty.

For a host of reasons, the criminal justice system is not perfect, and sometimes guilty defendants are acquitted, while innocent people are convicted. Appeal mechanisms mitigate this problem to some extent. An error which results in the conviction of an innocent person is known as a miscarriage of justice.

After a defendant is convicted, the court determines the appropriate sentence as a punishment. Furthermore, the conviction may lead to results beyond the terms of the sentence itself. Such ramifications are known as the collateral consequences of criminal charges.

A minor conviction is considered, in a term, a warning conviction, and it doesn't affect the defendant, but does serve as a warning.

The history of convictions also shows that a minor law conviction can be prosecuted as any individuals punishment.