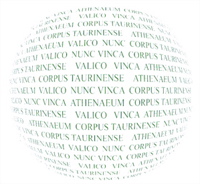 In order to make the corpora more useful for doing linguistic research, they are often subjected to a process known as annotation. An example of annotating a corpus is part-of-speech tagging, or POS-tagging, in which information about each word's part of speech (verb, noun, adjective, etc.) is added to the corpus in the form of tags. Another example is indicating the lemma (base) form of each word. When the language of the corpus is not a working language of the researchers who use it, interlinear glossing is usedto make the annotation bilingual.

Corpora are the main knowledge base in corpus linguistics. The analysis and processing of various types of corpora are also the subject of much work in computational linguistics, speech recognition and machine translation, where they are often used to create hidden Markov models for POS-tagging and other purposes. Corpora and frequency lists derived from them are useful for language teaching.