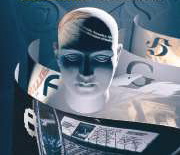 Linguistics is the scientific study of language, encompassing a number of sub-fields. An important topical division is between the study of language structure (grammar) and the study of meaning (semantics). Grammar encompasses morphology (the formation and composition of words), syntax (the rules that determine how words combine into phrases and sentences) and phonology (the study of sound systems and abstract sound units). Phonetics is a related branch of linguistics concerned with the actual properties of speech sounds (phones), non-speech sounds, and how they are produced and perceived.

Over the twentieth century, following the work of Noam Chomsky , linguistics came to be dominated by the Generativist school, which is chiefly concerned with explaining how human beings acquire language and the biological constraints on this acquisition. Generative theory is modularist in character. While this remains the dominant paradigm, Chomsky's writings have also gathered much criticism, and other linguistic theories have increasingly gained popularity; cognitive linguistics is a prominent example. There are many sub-fields in linguistics, which may or may not be dominated by a particular theoretical approach: evolutionary linguistics attempts to account for the origins of language; historical linguistics explores language change and sociolinguistics looks at the relation between linguistic variation and social structures.

A variety of intellectual disciplines are relevant to the study of language. Although certain linguists have downplayed the relevance of some other fields Interview with Noam Chomsky, linguistics, like other sciences is highly interdisciplinary and draws on work from such fields as psychology, informatics, computer science, philosophy, biology, human anatomy, neuroscience, sociology, anthropology, and acoustics. [1]