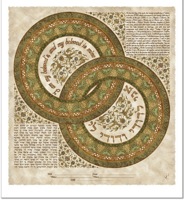 Latin phrasis, from Greek, from phrazein to point out, explain, tell

In grammar, a phrase is a group of words functioning as a single unit in the syntax of a sentence.

Most phrases have a central word defining the type of phrase. This word is called the head of the phrase. Some phrases, however, can be headless. For example, the rich is a noun phrase composed of a determiner and an adjective without a noun.

Phrases may be classified by the type of head taken by them:

A phrase is a syntactic structure having syntactic properties derived from its head.

"Complex," which is phrase-level, is often confused with "compound", which is word-level. However, there are certain phenomena that formally seem to be phrases but semantically are more like compounds, such as "women's magazines," which has the form of a possessive noun phrase, but which refers (just like a compound) to one specific lexeme (i.e. a magazine for women and not a magazine owned by a woman).

Semiotic approaches to the concept of "phrase"

In more semiotic approaches to language, such as the more cognitivist versions of construction grammar, a phrasal structure is not only a certain formal combination of word types whose features are inherited from the head. Here each phrasal structure also expresses some type of conceptual content, be it specific or abstract.