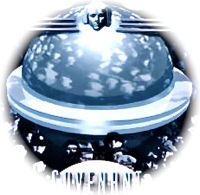 Middle English, from Anglo-French, from present participle of covenir to be fitting, from Latin convenire

b : the common-law action to recover damages for breach of such a contract

A covenant, in its most general sense, is a solemn promise to engage in or refrain from a specified action. A covenant is a type of contract in which the covenantor makes a promise to a covenantee to do or not do some action. In real property law, the term real covenants is used for conditions tied to the use of land. A "covenant running with the land", also called a covenant appurtenant, imposes duties or restrictions upon the use of that land regardless of the owner. In contrast, the covenant in gross imposes duties or restrictions on a particular owner.

In a historical context, a covenant applies to formal promises that were made under oath, or in less remote history, agreements in which the name actually uses the term 'covenant', implying that they were binding for all time.

One of the earliest attested covenants between parties is the so-called Mitanni treaty, dating to the 14th or 15th century BC, between the Hittites and the Mitanni.

Historically, certain treaties and compacts have been given the name of covenant, most notably the Solemn League and Covenant that marked the Covenanters, a Protestant political organization important in the history of Scotland. The term 'covenant' appears throughout Scottish, English, and Irish history.

The term covenant could be used in English to refer to either the Bundesbrief of 1291, or the Pfaffenbrief of 1370, documents which led to the formation of the Swiss state or "Eidgenossenschaft". In this usage the German "Eid" is being translated as covenant rather than oath in order to reflect its written status.