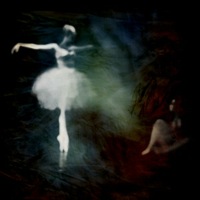 b : to reach the highest or a climactic or decisive point

For lessons on the topic of Culmination, follow this link.

In astronomy, the culmination of a planet, star, constellation, etc. is the altitude (or elevation angle) reached when the object transits over an observer's meridian.

The altitude of an object in degrees at its upper culmination is equal to (90 − L + D), where L is the observer's latitude and D is the object's declination.

Generally, the sun is visible at its upper culmination (at noon) and not visible at its lower culmination (at midnight). But during winter near the North Pole, the sun is below the horizon at both of its culminations. In most of the northern hemisphere, Polaris, the "North Star", and the rest of the stars of the constellation Ursa Minor can be seen to rotate around the celestial pole and are all visible at both culminations, as long as the sky is dark enough. Such stars, which never set at the observer's location are described as being circumpolar.

These three examples illustrate all three cases, dependent on the latitude of the observer and the declination of the celestial body.