From Nordan Symposia
(Redirected from Decisions)
Jump to navigationJump to search 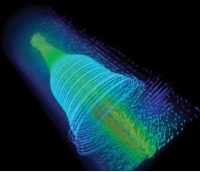 Middle English, from Latin decidere, literally, to cut off, from de- + caedere to cut

b : to select as a course of action —used with an infinitive <decided to go>
c : to infer on the basis of evidence : conclude <they decided that he was right>

For lessons on the topic of Decision, follow this link.

Decision making can be regarded as the mental processes (cognitive process) resulting in the selection of a course of action among several alternative scenarios. Every decision making process produces a final choice. The output can be an action or an opinion of choice.

Human performance in decision terms has been the subject of active research from several perspectives. From a psychological perspective, it is necessary to examine individual decisions in the context of a set of needs, preferences an individual has and values they seek. From a cognitive perspective, the decision making process must be regarded as a continuous process integrated in the interaction with the environment. From a normative perspective, the analysis of individual decisions is concerned with the logic of decision making and rationality and the invariant choice it leads to.

Yet, at another level, it might be regarded as a problem solving activity which is terminated when a satisfactory solution is reached. Therefore, decision making is a reasoning or emotional process which can be rational or irrational, can be based on explicit assumptions or tacit assumptions.

One must keep in mind that most decisions are made unconsciously. Jim Nightingale, Author of Think Smart-Act Smart, states that "we simply decide without thinking much about the decision process." In a controlled environment, such as a classroom, instructors encourage students to weigh pros and cons before making a decision. However in the real world, most of our decisions are made unconsciously in our mind because frankly, it would take too much time to sit down and list the pros and cons of each decision we must make on a daily basis.

Logical decision making is an important part of all science-based professions, where specialists apply their knowledge in a given area to making informed decisions. For example, medical decision making often involves making a diagnosis and selecting an appropriate treatment. Some research using naturalistic methods shows, however, that in situations with higher time pressure, higher stakes, or increased ambiguities, experts use intuitive decision making rather than structured approaches, following a recognition primed decision approach to fit a set of indicators into the expert's experience and immediately arrive at a satisfactory course of action without weighing alternatives. Recent robust decision efforts have formally integrated uncertainty into the decision making process. However, Decision Analysis, recognized and included uncertainties with a structured and rationally justifiable method of decision making since its conception in 1964.

A major part of decision making involves the analysis of a finite set of alternatives described in terms of some evaluative criteria. These criteria may be benefit or cost in nature. Then the problem might be to rank these alternatives in terms of how attractive they are to the decision maker(s) when all the criteria are considered simultaneously. Another goal might be to just find the best alternative or to determine the relative total priority of each alternative (for instance, if alternatives represent projects competing for funds) when all the criteria are considered simultaneously. Solving such problems is the focus of multi-criteria decision analysis (MCDA) also known as multi-criteria decision making (MCDM). This area of decision making, although it is very old and has attracted the interest of many researchers and practitioners, is still highly debated as there are many MCDA / MCDM methods which may yield very different results when they are applied on exactly the same data.[3] This leads to the formulation of a decision making paradox.[1]

Experience, wisdom, and judgment are the concomitants of the lengthening of the time unit in mortal experience. As the human mind reckons backward into the past, it is evaluating past experience for the purpose of bringing it to bear on a present situation. As mind reaches out into the future, it is attempting to evaluate the future significance of possible action. And having thus reckoned with both experience and wisdom, the human will exercises judgment-decision in the present, and the plan of action thus born of the past and the future becomes existent.[2]