From Nordan Symposia
(Redirected from Elder)
Jump to navigationJump to search 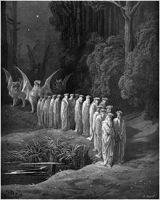 b : an aged person

a : presbyter
b : a permanent officer elected by a Presbyterian congregation and ordained to serve on the session and assist the pastor at communion
c : minister
d : a leader of the Shakers

The term elder (or its equivalent in another language) is used in several different countries and organizations to indicate a position of authority. This usage is usually derived from the notion that the oldest members of a group are the wisest and thus most qualified to rule, provide counsel or some other form of leadership.

Elder is a role played in the family and community that is most common in third world, non-industrialized cultures. Elderhood is the condition or quality of being an elder. Elder is a manner of being in the latter portion of life that results from an older man or woman answering the informal call from the family or community to accept the mantle of elderhood. Once having accepted this calling, elders are known by their interest in mentoring, sharing their long life experiences, modeling a sense of oneness with Earth and often, acting as the spiritual agent of one's community.

An example of elder expression is the good grandmother who at once enwraps her children with life assuring warmth and, at the same time, lets them go and grow to become independent and free adults. Another example is the journeyman who mentors the apprentice with goals of sponsorship and advocacy as well as the demonstration of skills. Elders believe the role of adults is to facilitate creativity in the young, not teach the patterns of the past. This often leads to mentoring, which is time consuming. Elders, therefore have less time to indulge themselves. Elders, in their wisdom, sense that they are caretakers and that their vitality depends on a personal shift from egocentricity to community.

The older person who resists the call is often submitting to the weight of bias toward the old found most commonly in the youth oriented industrialized part of the world. Elder is a generative model for moving from adulthood to a deeper expression of being in late life. Older people today are fully capable of rediscovering their generative potential and maintaining their social responsibilities as wisdomkeepers, earthkeepers, mentors and celebrants, sources of blessing.[1]