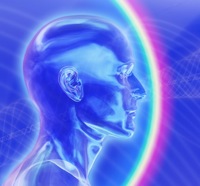 Emotional Intelligence (EI) describes the ability, capacity, skill or, in the case of the trait EI model, a self-perceived ability, to identify, assess, and manage the emotions of one's self, of others, and of groups. Different models have been proposed for the definition of EI and disagreement exists as to how the term should be used. Despite these disagreements, which are often highly technical, the ability EI and trait EI models (but not the mixed models) enjoy support in the literature and have successful applications in different domains.

The earliest roots of emotional intelligence can be traced to Darwin’s work on the importance of emotional expression for survival and second adaptation. In the 1900s, even though traditional definitions of intelligence emphasized cognitive aspects such as memory and problem-solving, several influential researchers in the intelligence field of study had begun to recognize the importance of the non-cognitive aspects. For instance, as early as 1920, E. L. Thorndike used the term social intelligence to describe the skill of understanding and managing other people.

Similarly, in 1940 David Wechsler described the influence of non-intellective factors on intelligent behavior, and further argued that our models of intelligence would not be complete until we can adequately describe these factors. In 1983, Howard Gardner's Frames of Mind: The Theory of Multiple Intelligences introduced the idea of Multiple Intelligences which included both interpersonal intelligence (the capacity to understand the intentions, motivations and desires of other people) and Intrapersonal intelligence (the capacity to understand oneself, to appreciate one's feelings, fears and motivations). In Gardner's view, traditional types of intelligence, such as IQ, fail to fully explain cognitive ability. Thus, even though the names given to the concept varied, there was a common belief that traditional definitions of intelligence are lacking in ability to fully explain performance outcomes.

As a result of the growing acknowledgement by professionals of the importance and relevance of emotions to work outcomes, the research on the topic continued to gain momentum, but it wasn’t until the publication of Daniel Goleman's best seller Emotional Intelligence: Why It Can Matter More Than IQ that the term became widely popularized. Nancy Gibbs' 1995 Time magazine article highlighted Goleman's book and was the first in a string of mainstream media interest in EI.[1]