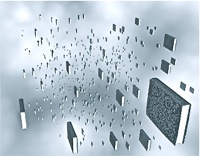 Mainstream is, generally, the common current of thought of the majority. However in the reality, the mainstream is far from cohesive; rather the concept is often considered a cultural construct. It is a term most often applied in the arts (i.e., music, literature, and performance). This includes:

As such, the mainstream includes all popular culture, typically disseminated by mass media. The opposite of the mainstream are subcultures, countercultures, cult followings, underground cultures and (in fiction) genre. Additionally, mainstream is sometimes a codeword used for an actual ethnocentric or hegemonic subculture point of view, especially when delivered in a culture war speech. It is often used as a pejorative term. In the United States, mainline churches are sometimes referred to synonymously as "mainstream."[1][2]

The original meaning of "mainstream" is "the principal current of a river." Its use as a metaphorical reference to popular opinion or taste appeared at least as early as Thomas Carlyle's Sartor Resartus in 1831, where he wrote in Chapter VII of "those main currents of what we call Opinion".