From Nordan Symposia
(Redirected from Essentially)
Jump to navigationJump to search 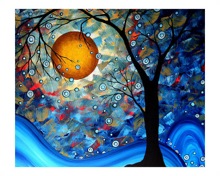 For lessons on the topic of Essence, follow this link.

In philosophy, essence is the attribute or set of attributes that make an object or substance what it fundamentally is, and which it has by necessity, and without which it loses its identity. Essence is contrasted with accident: a property that the object or substance has contingently, without which the substance can still retain its identity. The concept originates with Aristotle, who used the Greek expression to ti ên einai, literally 'the what it was to be', or sometimes the shorter phrase to ti esti, literally 'the what it is,' for the same idea. This phrase presented such difficulties for his Latin translators that they coined the word essentia to represent the whole expression. For Aristotle and his scholastic followers the notion of essence is closely linked to that of definition (horismos) S. Marc Cohen, "Aristotle's Metaphysics"

In the history of western thought, essence has often served as a vehicle for doctrines that tend to individuate different forms of existence as well as different identity conditions for objects and properties; in this eminently logical meaning, the concept has given a strong theoretical and common-sense basis to the whole family of logical theories based on the "possible worlds" analogy set up by Leibniz and developed in the intensional logic from Rudolf Carnap to Saul Kripke, which was later challenged by "extensionalist" philosophers such as Quine.

The English word "essence" comes from the Latin essentia, which was coined (from the Latin esse, "to be") by ancient Roman scholars in order to translate the Ancient Greek phrase to ti ēn einai (literally, "what it is for a thing to be"), coined by Aristotle to denote a thing's essence.

In modern times, the dominant critique of essentialism has been countered by a few outstanding philosophers, among whom we find Edmund Husserl and Leo Strauss. The first, approached the problem of "essence" from a primarily epistemic perspective; the latter, drew attention to the "political" import of the problem.

Aristotle moves the forms of Plato to the nucleus of the individual thing, which is called ousía or substance. Essence is the tí of the thing, the to tí en einai. Essence corresponds to the ousia's definition; essence is a real and physical aspect of the ousía. (Aristotle, "Metaphisic", I)

According to Edmund Husserl essence is ideal. However, ideal means that essence is the intentional object of the conscience. Essence is interpreted as sense. (E. Husserl, "Ideas pertaining to a pure phenomenology and to a phenomenological philosophy", paragraphs 3 and 4).

Existentialism was coined by Jean-Paul Sartre's statement that for human beings "existence precedes essence." In as much as "essence" is a cornerstone of all metaphysical philosophy and the grounding of Rationalism, Sartre's statement was a refutation of the philosophical system that had come before him (and, in particular, that of Husserl, Hegel, and Heidegger). Instead of "is-ness" generating "actuality," he argued that existence and actuality come first, and the essence is derived afterward. For Kierkegaard, it is the individual person who is the supreme moral entity, and the personal, subjective aspects of human life that are the most important; also, for Kierkegaard all of this had religious implications.

"Essence," in metaphysics, is often synonymous with the soul, and some existentialists argue that individuals gain their souls and spirits after they exist, that they develop their souls and spirits during their lifetimes. For Kierkegaard, however, the emphasis was upon essence as "nature." For him, there is no such thing as "human nature" that determines how a human will behave or what a human will be. First, he or she exists, and then comes attribute. Jean-Paul Sartre's more materialist and skeptical existentialism furthered this existentialist tenet by flatly refuting any metaphysical essence, any soul, and arguing instead that there is merely existence, with attributes as essence.

Thus, in existentialist discourse, essence can refer to physical aspect or attribute, to the ongoing being of a person (the character or internally determined goals), or to the infinite inbound within the human (which can be lost, can atrophy, or can be developed into an equal part with the finite), depending upon the type of existentialist discourse.

Karl Marx was, along with Kierkegaard, a follower of Hegel's, and he, too, developed a philosophy in reaction to his master. In his early work, Marx used Aristotalian style teleology and derived a concept of humanity's essential nature. Marx's Economic and Philosophical Manuscripts of 1844 describe a theory of alienation based on human existence being completely different from human essence. Marx said human nature was social, and that humanity had the distinct essence of free activity and conscious thought.

Some scholars, such as Philip Kain, have argued that Marx abandoned the idea of a human essence, but many other scholars point to Marx's continued discussion of these ideas despite the decline of terms such as essence and alienation in his later work.

Within the Madhyamika school of Mahayana Buddhism, Candrakirti identifies the self as:

an essence of things that does not depend on others; it is an intrinsic nature. The non-existence of that is selflessness.

Indeed the concept of Buddhist Emptiness is the strong assertion that all phenomena are empty of any essence - demonstrating that anti-essentialism lies at the very root of Buddhist praxis. Therefore, within this school it is the innate belief in essence that is considered to be an afflictive obscuration which serves as the root of all suffering. However, the school also rejects the tenets of Idealism and Materialism; instead, the ideas of truth or existence, along with any assertions that depend upon them are limited to their function within the contexts and conventions that assert them, somewhat akin to Relativism or Pragmatism. For them, replacement paradoxes such as Ship of Theseus are answered by stating that the Ship of Thesesus remains so (within the conventions that assert it) until it ceases to function as the Ship of Theseus.

Of the many places to find the philosophical Examination of Essence, it is discussed in Nagarjuna's Mulamadhyamakakarika, The Fundamental Wisdom of the Middle Way. Chapter I examines the Conditions of Existence, while Chapter XV examines Essence in itself, difference, the eternalist's view and nihilists view of essence and non-essence.

In understanding any individual personality, a distinction is made between one's Swadharma (essence) and Swabhava(mental habits and conditionings of ego personality). Svabhava is the nature of a person, which is a result of his or her samskaras (impressions created in the mind due to one's interaction with the external world). These samskaras create habits and mental models and those become our nature. While there is another kind of svabhava that is a pure internal quality, we are here focusing only on the svabhava that was created due to samskaras (because to discover the pure, internal svabhava, one should become aware of one's samskaras and take control over them). Dharma is derived from the root Dhr - to hold. It is that which holds an entity together. That is, Dharma is that which gives integrity to an entity and holds the core quality and identity (essence), form and function of that entity. Dharma is also defined as righteousness and duty. To do one's dharma is to be righteous, to do one's dharma is to do one's duty (express one's essence). [2]

If a traditional teaching cannot have an "internal" or "essential" principle of constitution, it must be constituted by external conditions. The certainty that there is no essence is the certainty that all things (and thus also all teachings) must be understood as functions of external conditions, or that meaning is "historically" determined. The absence of any essential root casts all things in an "anarchic" condition, subjecting them to the only form capable of containing anarchy--namely, tyranny (the iron fist or factum brutum of existence).

In short: the radical or universal negation of essence (anti-essentialism, historicism, nihilism, atheism, anarchism, etc.) presupposes by necessity that the negation in question is absolutely determined by the totality of external conditions, or by Existence itself. For that negation, too, must be devoid of essence. Since it presupposes that only the teaching of no-essence is the true or ultimate teaching, it must understand that teaching as the direct expression or the self-expression of all existential or "external" conditions, i.e.--to speak with Hegel--as the form in which History finds its self-realization. The teaching of no-essence turns at once into the teaching that is beyond all question--the ultimate tyrannical teaching.